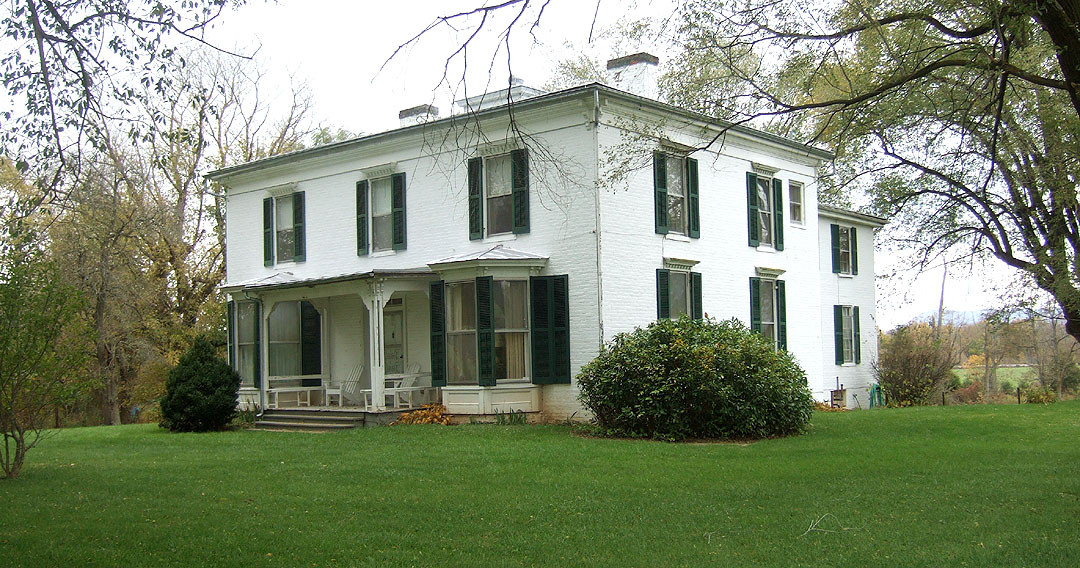 Bon Air, also known as Bear Lithia, was built around 1870 for Adam and Susan Bear. The house is a combination of Italianate and Greek Revival styles, and sits next to Bear Lithia Springs, a water source acquired by the Bear family in 1791 but currently owned by the town of Elkton. Adam and Susan Bear hosted guests who partook of the spring water, but also leased the spring to parties who shipped water out via a specially constructed rail spur. Besides the main house, the property contains a 19th-century meat house, though there were likely other outbuildings, especially as Bear was known to be a slaveholder. In addition to marketing his spring water and providing lodging for those who wished to imbibe it, Adam Bear was also a farmer, and after the Civil War, he expanded his business even further with the purchase or construction of at least three grist- and sawmills. The Keiser family, who bought Bon Air from the Bears’ grandchildren, continued to provide lodging for those visiting the spring possibly as late as the 1950s. The spring was covered by a concrete enclosure in the 1960s and now supplies water to Elkton as well as directly to Bon Air.