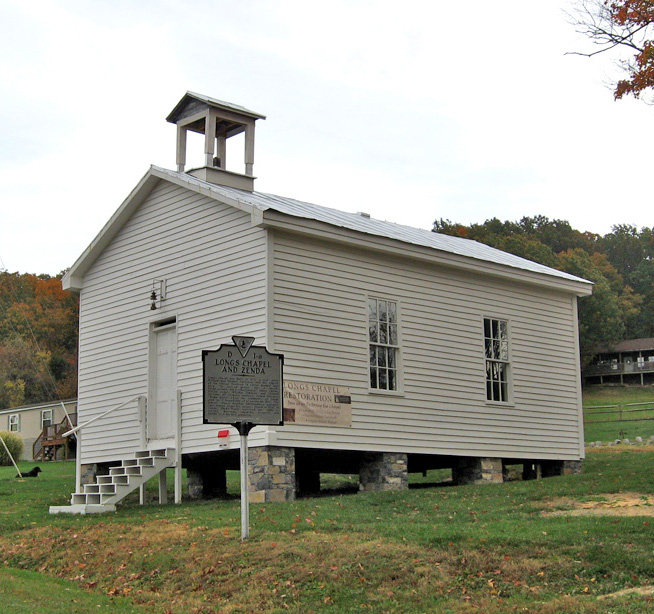 Longs Chapel is an 1871 church and schoolhouse that served the former African American community of Zenda and the surrounding countryside in Rockingham County. The simple frame building features a small belfry and an apse addition. Originally affiliated with the Church of the United Brethren, the chapel was built under the direction of a white farmer and Brethren named Jacob Long. The chapel also served as the Athens Colored School during its early years, and it was here that celebrated Harrisonburg educator Lucy F. Simms first taught beginning in the 1870s. It is the only known extant building where Simms taught. By 1882, the chapel had ceased its educational use, as a purpose-built school had been constructed nearby. However, it contributed to the important period of African American education in the early years after Reconstruction. Behind the chapel lies a cemetery that contains gravemarkers ranging in sophistication from uninscribed fieldstones to stylish marble obelisks carved by professional stonecutters. After a long period of abandonment, the chapel and cemetery were rehabilitated by the Longs Chapel Preservation Society, which also published a book about the community’s history, entitled Zenda, 1869–1930, An African American Community of Hope.