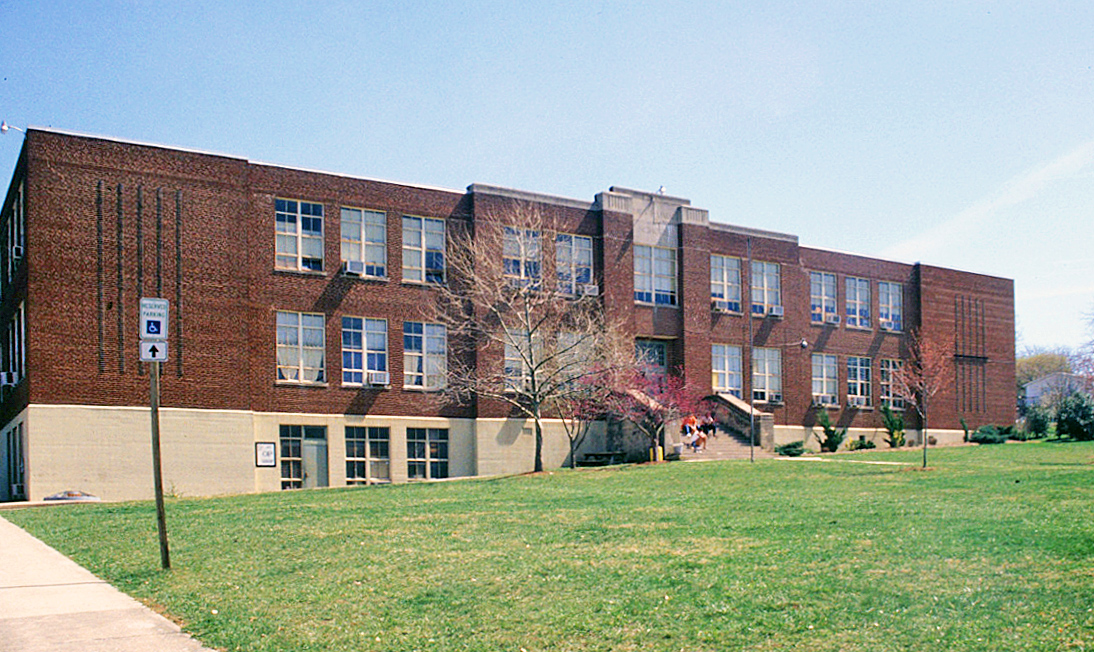 The Lucy F. Simms School is located at the corner of East Washington Street and Simms Avenue in the city of Harrisonburg. A mission school first addressed the need for an educational facility for the city’s African Americans in 1868, then in 1882 a brick school was built on Effinger Street. The Effinger School was condemned in 1937. A two-story brick school arose between 1938–1939, named for Lucy F. Simms, an African American teacher born into slavery in 1855 on the very land where the school stands. She had a long career as a teacher in the two earlier schools. The Virginia Department of Education provided plans for the building, which rests on a partially raised basement and was originally constructed asymmetrically: the two-story, four-room portion to the right was not built until 1961 because of cost overruns. The school closed in 1966 but has been used since by civic organizations as well as for city administrative offices.