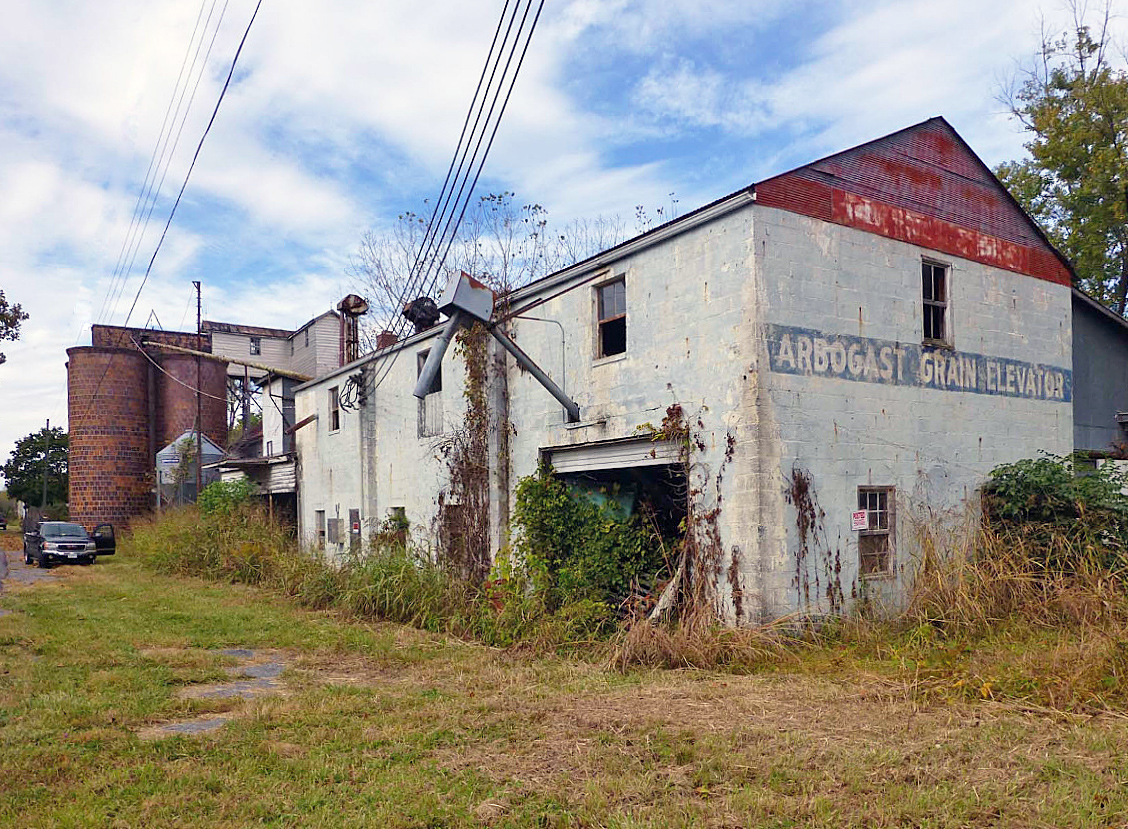 Plains Mill, located along the North Fork of the Shenandoah River in Rockingham County, is a merchant mill that evolved to reflect changes in milling technology from its original construction between 1847 and 1849, through the 1950s. A boldly flowing spring that powered the mill’s wheel first attracted millers to the site as early as the colonial period. Built by Dr. Solomon Henkel and his son, Siram, the timber-frame, five-story mill replaced an earlier mill. Many original features survive today including Dutch doors hung on decorative strap hinges and a massive husk frame that supported the gearing. In the early 20th century, the mill was converted to the roller milling process and it preserved a wealth of specialized equipment from the period at the time of its listing. Construction of terra-cotta block grain bins around 1923 and of cinder block and frame feed mill, machine shop, and warehouse additions and a separate office in the 1940s and 1950s round out the mill site’s evolution.