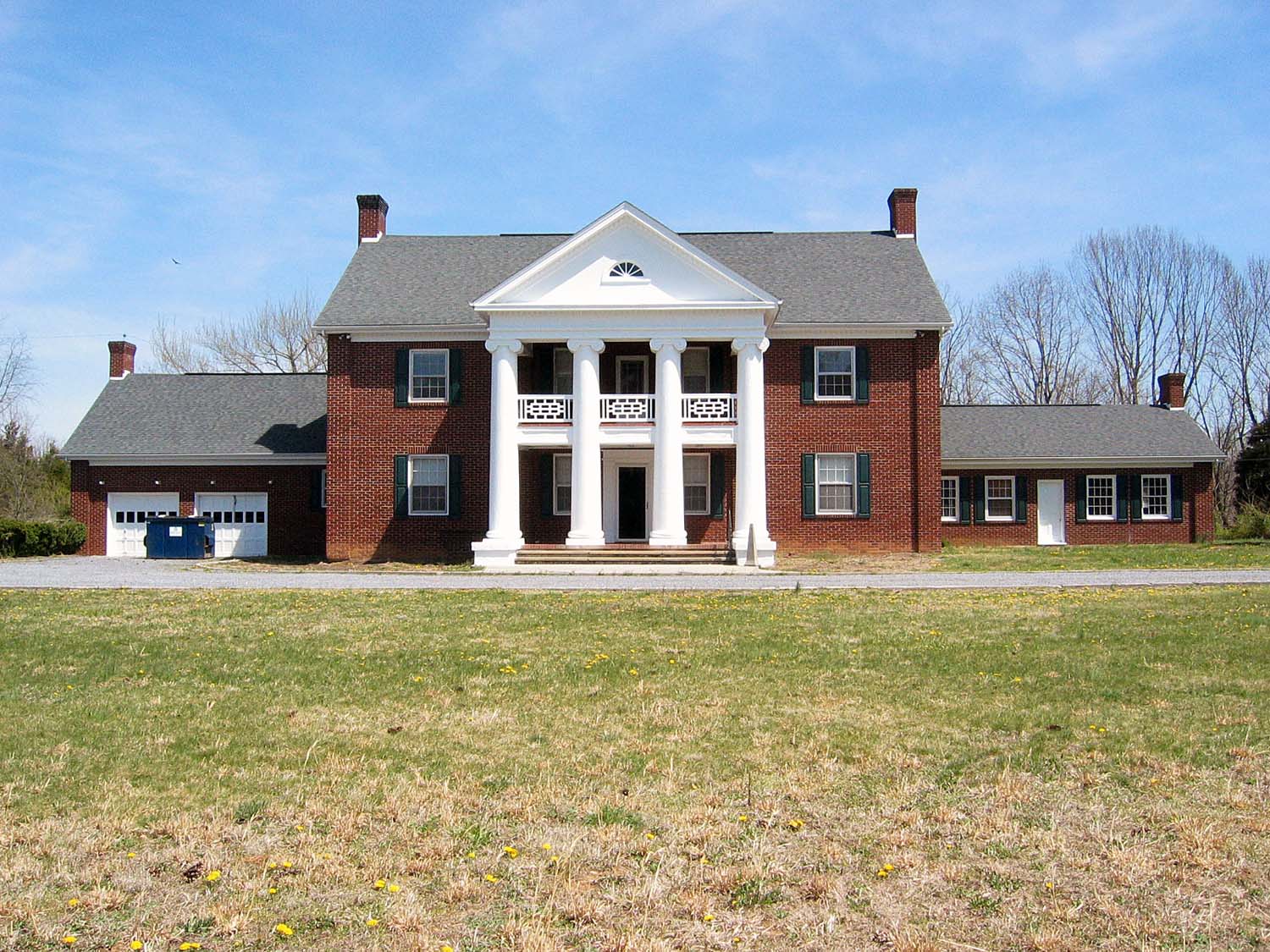 The visually prominent Kite Mansion is the finest example of the mid-20th century Colonial Revival style in the Elkton area in eastern Rockingham County. Deeply set back from U.S. 33 by a terraced lawn and framed by evergreen shrubs and trees, the two-story brick Kite Mansion dominates its site. The house is the work of a studied amateur architect, William Edgar Kite, a pharmacist by profession, whose ancestors were among the original settlers in Elkton. The most notable exterior feature of the 1948 Kite Mansion is its two-story portico, reminiscent of the Early Classical Revival style based on Roman precedents, as interpreted by Thomas Jefferson at the University of Virginia. The Kite Mansion also features intact original interior finishes, including the woodwork, bathrooms and kitchen, as well as period wallpaper throughout the house. However, Kite did not seek to create a pure copy of Jefferson’s work, so he blended the Classical style with 20th-century forms, such as the main block of the house with its flanking attached garages.