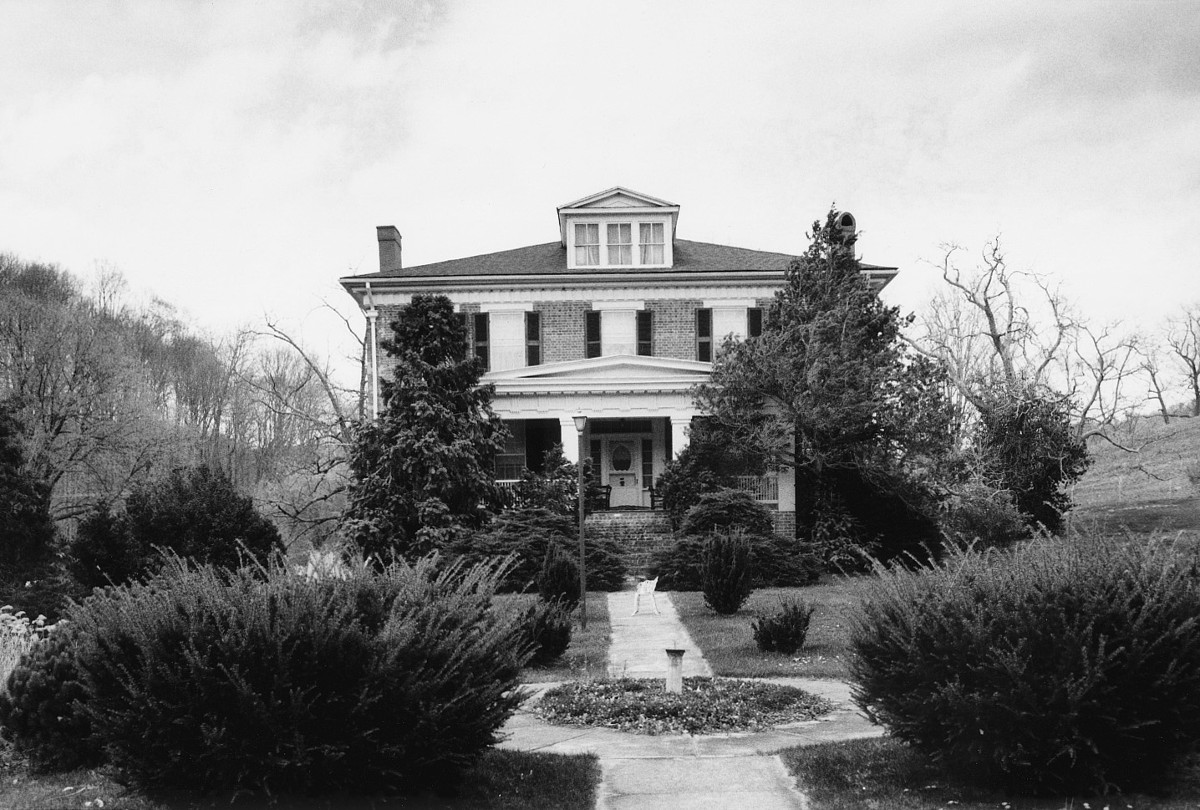 Smithfield, a 980-acre farm in the scenic countryside along Elk Garden Creek, has been the home of the Smith family for more than two centuries. It was first settled by Col. Henry Smith who came here from Stafford County in 1776. His descendant, Dr. John Taylor Smith, built the present house in 1848-50. Dr. Smith, whose medical practice covered seven counties, was one of the area’s first physicians to inoculate against smallpox. His generously scaled residence, its bricks made by slaves, is one of the county’s most impressive examples of antebellum architecture, ornamented inside and out with regionalized interpretations of pattern-book Greek Revival detailing. Smith’s farm, in addition to its cattle and sheep, produced corn, oats, wool, butter, flax, and maple sugar. Smithfield was converted to a dairy farm in the 1940s in response to the government’s encouragement of milk production for the war effort.