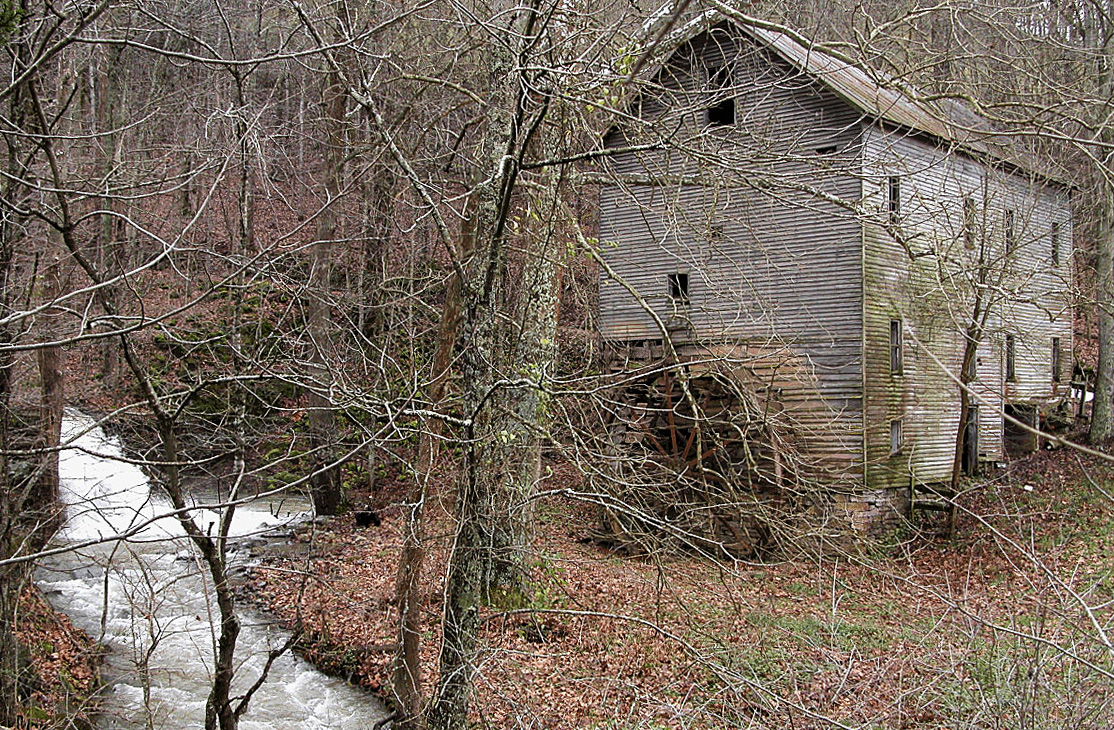 Jessees Mill is located beside a waterfall on Mill Creek and nestled deep in the mountainous Clinch River Valley in Russell County. It began circa 1851 as a single-pen log structure in which grain was processed using water power and traditional millstones. The mill was greatly enlarged around 1897 by a two-story balloon frame structure, which accommodated an extensive array of new roller mill equipment, built on top of the old log structure. The mill’s remarkably well-built and still well-intact stone dam is estimated to date to as early as 1851. Ceasing operations in 1932, the mill was significant in the local community’s survival from the second half of the 19th century through the early 20th century as a place for the efficient milling of grain crops for subsistence and local wholesale distribution. The property as a whole offers exceptional potential for study and interpretation in a region where very few such resources have been preserved.