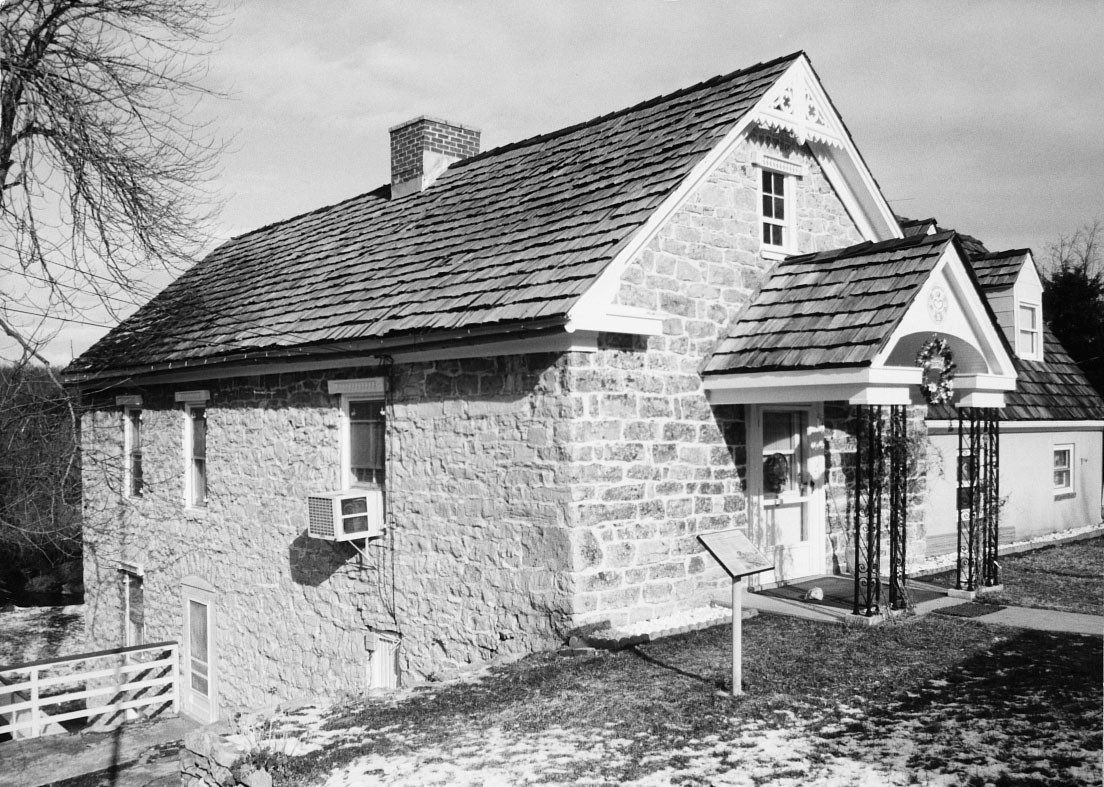 The Hupp house, also known as the Hupp Homestead or Frontier Fort, was likely built as early as 1755, presumably by Peter Hupp, a settler of German extraction who came to the area from Pennsylvania. The house has been the property of the Hupp family to the present. With its limestone construction, hillside site, two-room plan, and center chimney, the house has the essential features of the plain Germanic-type houses erected by the region’s earliest settlers. Such houses are rare and important relics of the Shenandoah Valley’s ethnic German community. Considerable action took place in the vicinity of the Hupp House during the Civil War but the house escaped unscathed. George Hupp, Jr. and his brother served under Gen. “Stonewall” Jackson. A masonry block wing was added to the house in 1956. Later stucco was removed from the stonework in 1995.