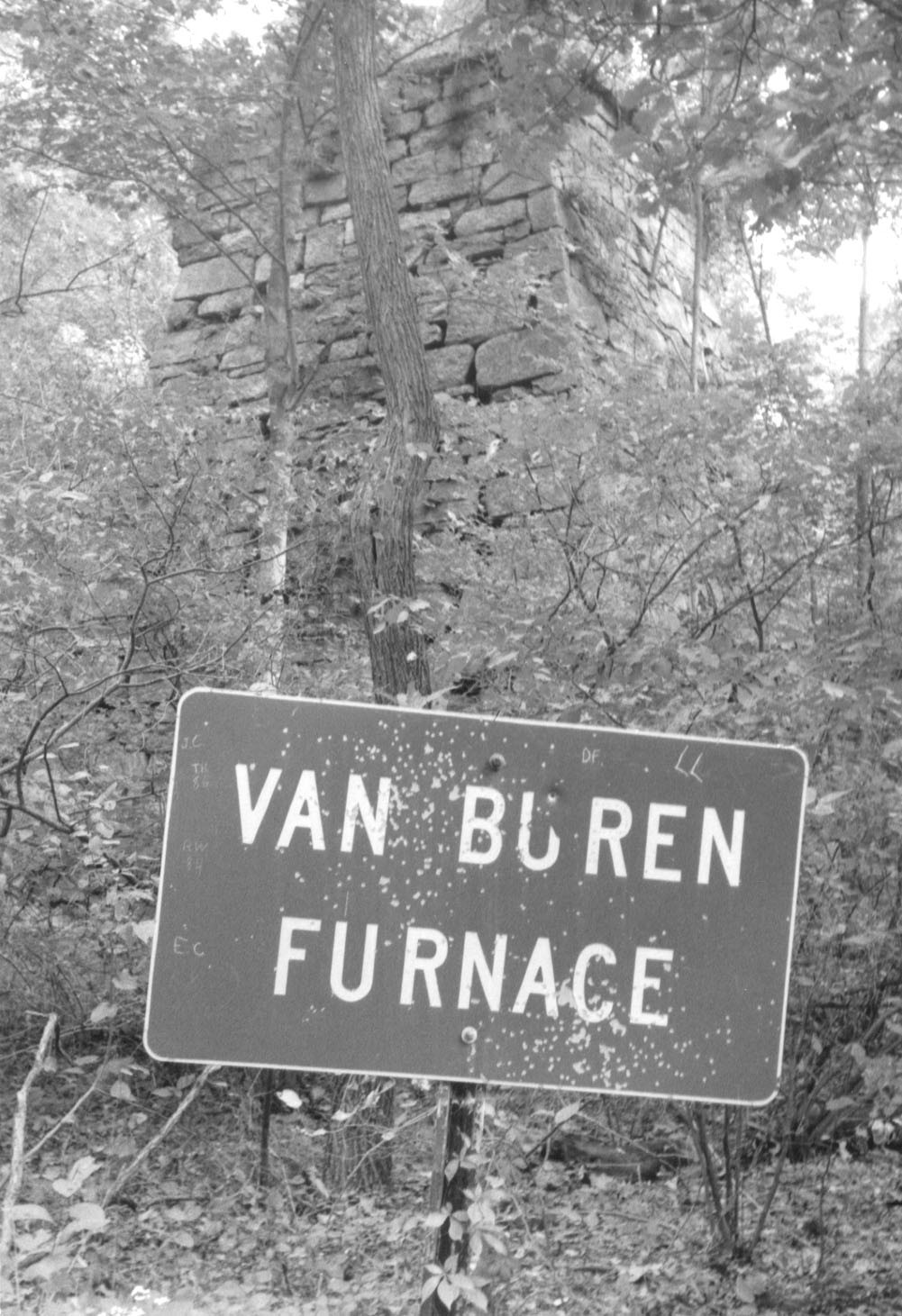 Van Buren Furnace is situated in Shenandoah County within the George Washington and Jefferson National Forests, at the intersection of Cedar Creek and an unnamed tributary feeding into it. It was built in 1837 and was named for the eighth president of the United States. The furnace did not run efficiently, and it was shut down in the mid-1850’s because it could not compete with anthracite furnaces in Pennsylvania. During the Civil War, Van Buren Furnace remained out of service. The furnace was visited by Union troops, but never burned. Van Buren Furnace was rebuilt in 1873 on the site of the old furnace, and for some time called King Furnace. This charcoal-burning furnace had a closed top, and used a hot blast produced by steam to extract iron. The owners used hematite ore mined on the furnace property, and produced high quality iron in large quantity. Iron from this furnace was used to manufacture car wheels. The furnace operated until 1884, when financial troubles affected the entire area. Van Buren Iron Furnace is representative of the importance of the iron industry in Virginia during the nineteenth century.
[VLR Listed Only]