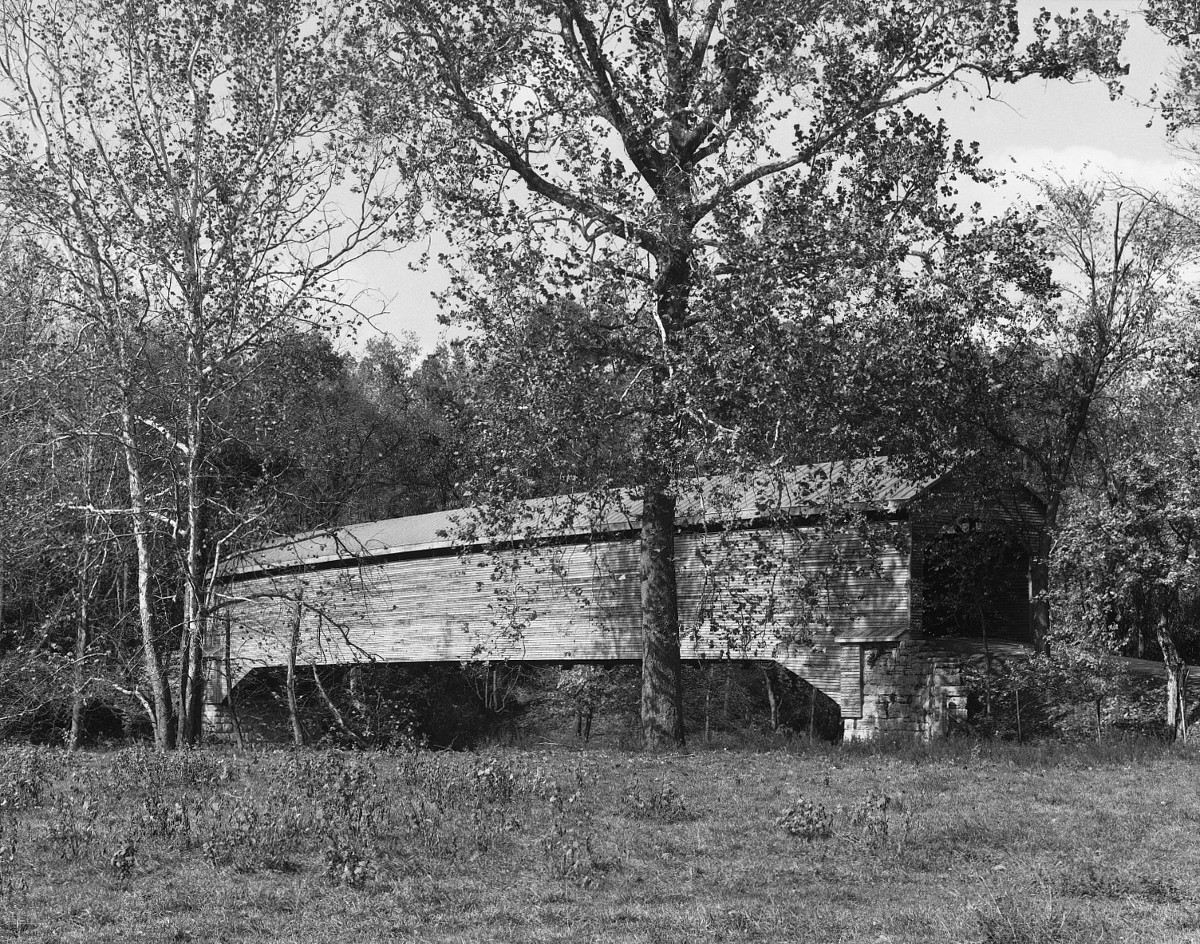 Constructed in 1893-94, this 200-foot single-span structure, crossing the Shenandoah River, is the longest of the Commonwealth’s handful of remaining covered bridges. Probably constructed by John W. V. Woods for F. H. Wisler, the bridge is approached from the east by a tree-lined axial avenue across the flat fields of Meems Bottom from whence the bridge derives its name. The structural system employed is a Burr arch-truss or king-post arch system, which consists of two great wooden arches spanning the full distance between the abutments. The bridge was damaged by fire in 1976, but the structural timbers survived with only charring. The frame was extensively repaired and strengthened, and recovered with roofing and weatherboards by the Virginia Department of Transportation, allowing the bridge to be returned to limited use.