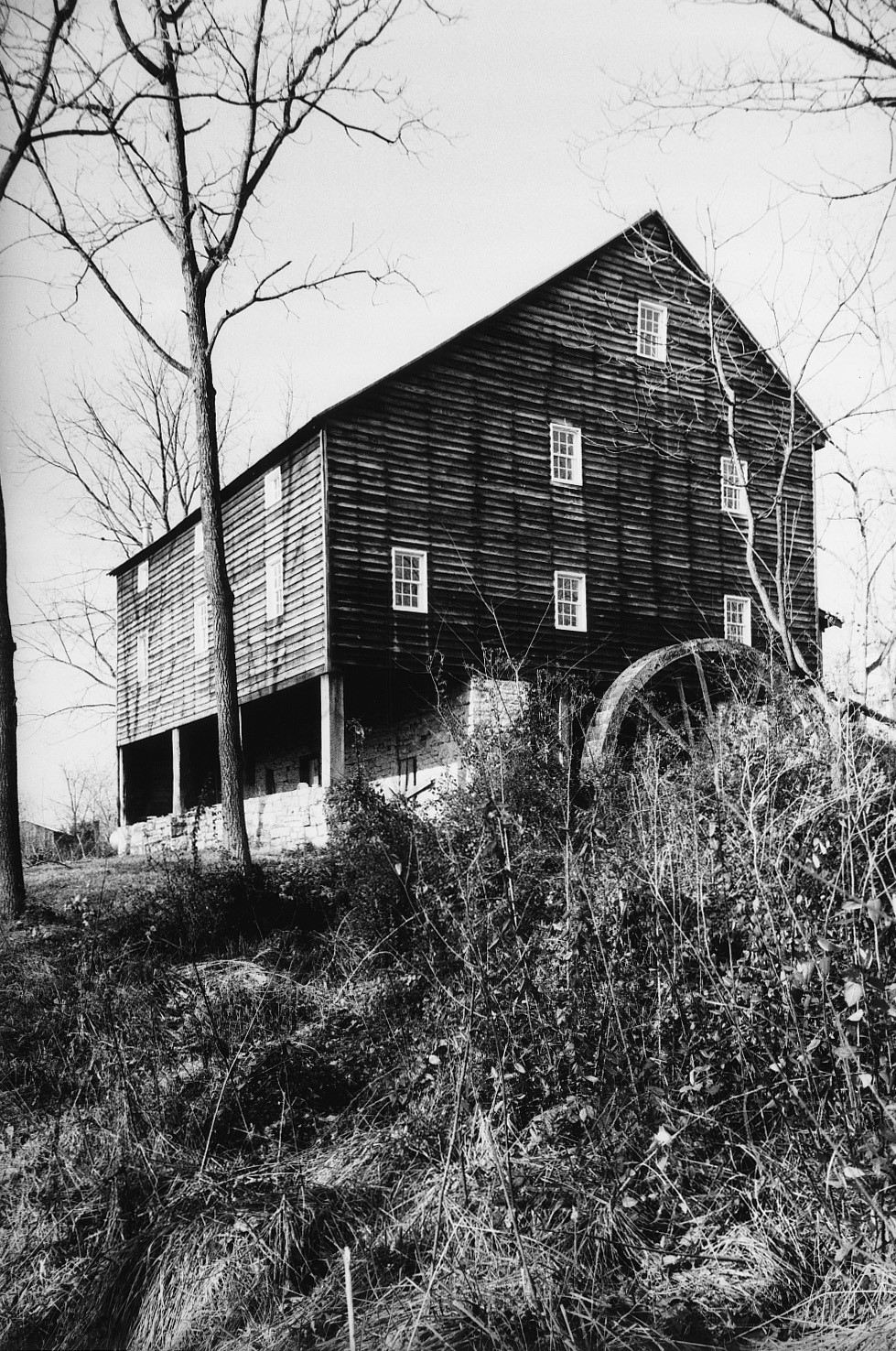 Probably dating from the late 18th century, this gristmill on Holmans Creek at the edge of the village of Forestville was erected by Andrew Zirkle, Sr., and originally accommodated the labor-saving machinery promoted by mill theorist Oliver Evans. The mill prospered in the antebellum period under the proprietorship of Jacob Bowers, who founded the adjoining village of Forestville on portions of the original mill property, in 1838. Unlike many of the region’s mills the Forestville Mill survived the Civil War intact. The tall wooden building retains a collection of early milling machinery, illustrating the technological changes that transformed Zirkle’s burr mill into a roller mill by the turn of the century. Despite conversion to a roller mill, the mill retains its overshot exterior wheel. The mill ceased commercial operation in the 1950s.