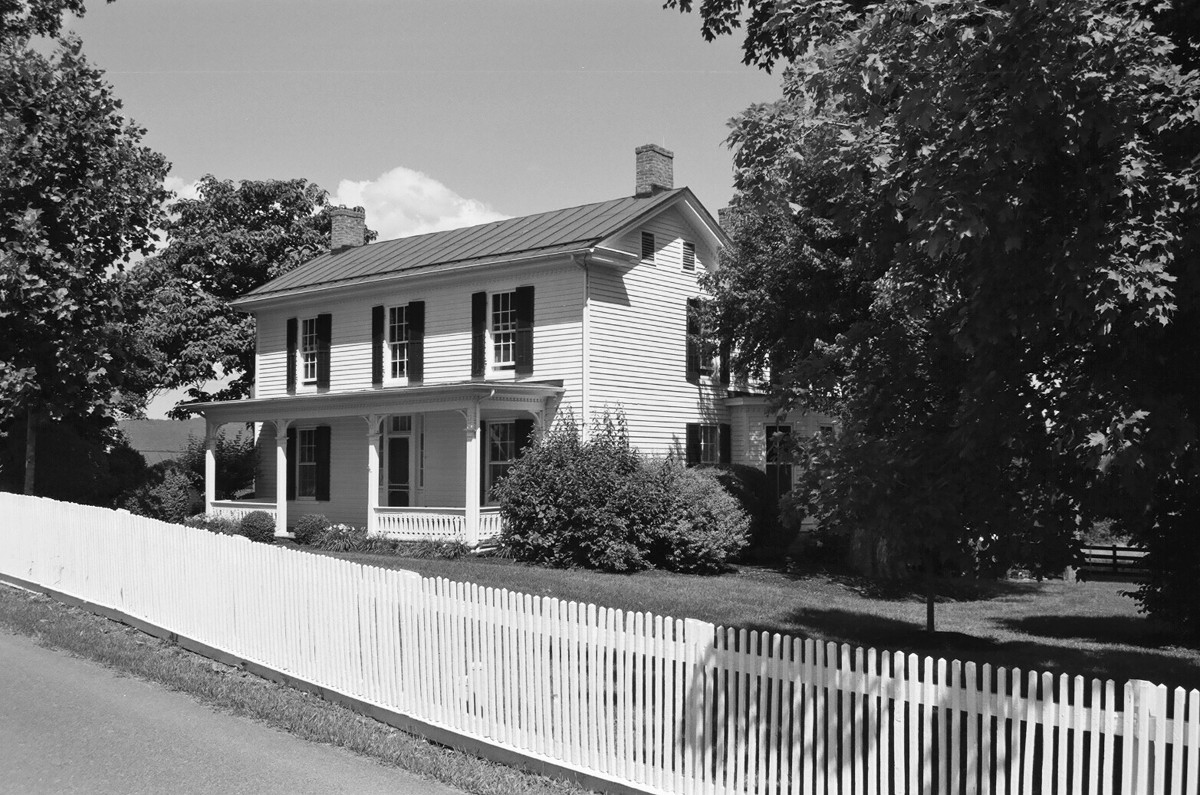 The 286-acre Bowman-Zirkle Farm near Edinburg, features a handsome Victorian-style, circa-1879 farmhouse, an example of the area’s prevailing late-19th-century rural I-house form. Within the farm complex are outbuildings and structures that illustrate the evolution of the farm during more than over 130 years of a successful stewardship under successive generations of a single family. The farm’s contributing historic buildings include a circa-1870 bank-and-forebay barn; an early 19th-century tenant house; an 1823 summer kitchen; a circa 1880 frame meat house; a circa 1880 bank-and-forebay barn located some distance from the main farm complex, and an early 20th-century barn shed. Historic structures on the property consist of a circa 1880 frame granary; a two-story, circa 1920 frame chicken house; and a circa 1900 wood-stave silo. The three buildings on the site that pre-date the construction of the house, particularly the summer kitchen, suggest the likelihood of an earlier farm house on or near the site of the current one, and that the property might yield archeological information from the early 19th century. Although the house has undergone additions and alterations at the rear during the 20th century it has retained the architectural integrity of the original I-house and integral wing, and the original footprint is clearly discernible.