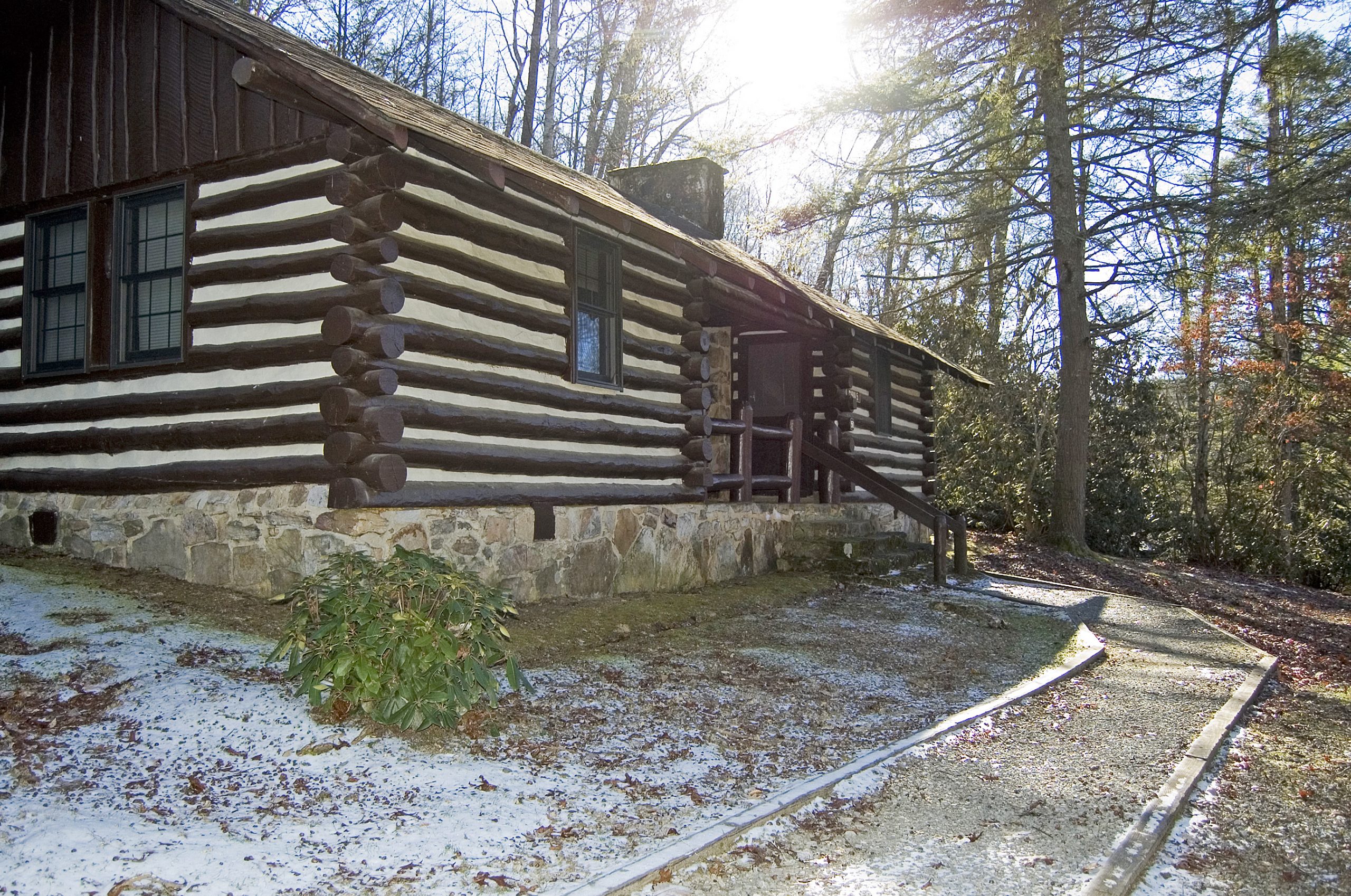 Hungry Mother State Park is located on 2,215 acres of the Allegheny Mountains of Smyth County. Between 1933 and 1941, 600 Civilian Conservation Corps (CCC) workers developed the park, taking advantage of its mountainous terrain near the Jefferson National Forest and situating it around the man-made Hungry Mother Lake. The park’s curious name originated from a nearby creek named for an incident that occurred prior to permanent English settlement. Many versions of the story were collected in a 1936 booklet published by the Commission on Conservation and Development, but they all include a hungry child crying some form of “hungry mammy.”