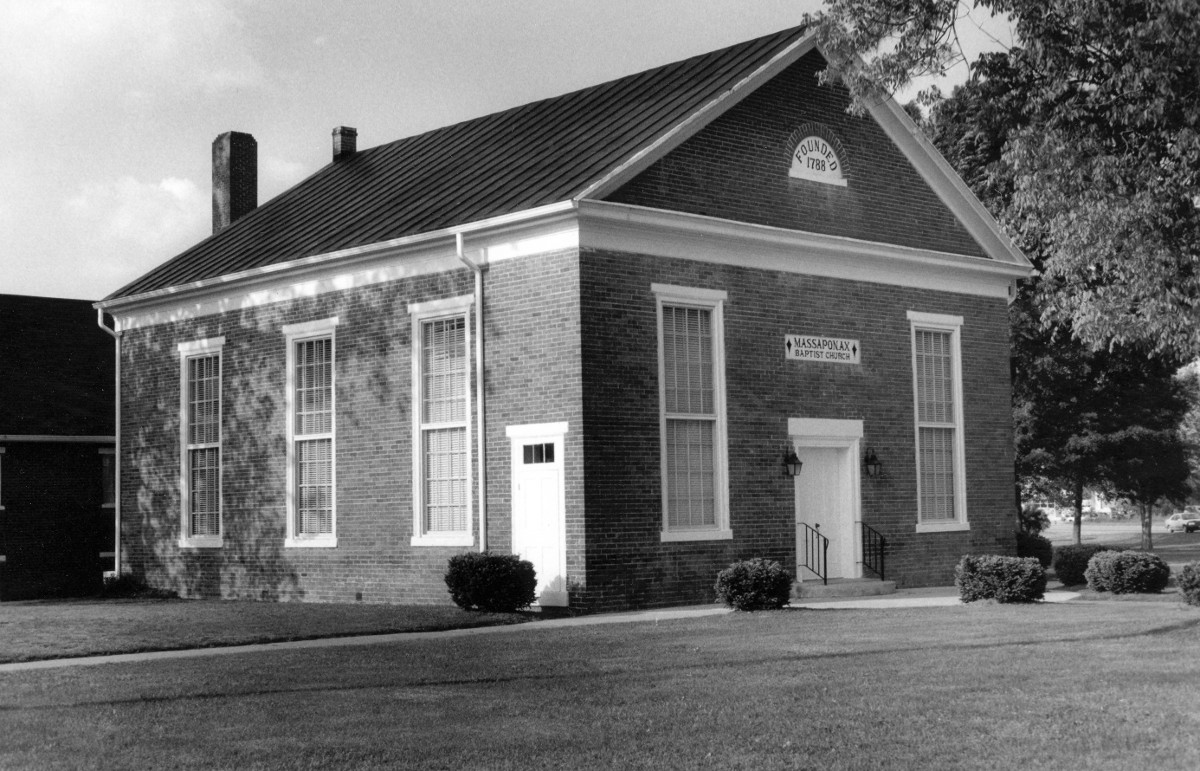 This country Greek Revival brick church was built in 1859 to serve a congregation founded in 1788. It was here, on May 21, 1864, that Gen. Ulysses S. Grant held a war council following the Union victory at the battle of Spotsylvania Court House. Soldiers removed the pews from the church and arranged them in a circle in the yard. Timothy O’Sullivan, a photographer traveling with the army, captured the scene on glass plates. The widely published photograph shows Grant with several of his generals, as well as assistant secretary of war Charles A. Dana. One of the outstanding photographers of the mid-19th century, O’Sullivan is known for his subsequent images of the American west, as well as for his record of the Civil War. His unique war-time photographs show the generals and their staffs conferring, studying maps, and writing dispatches.