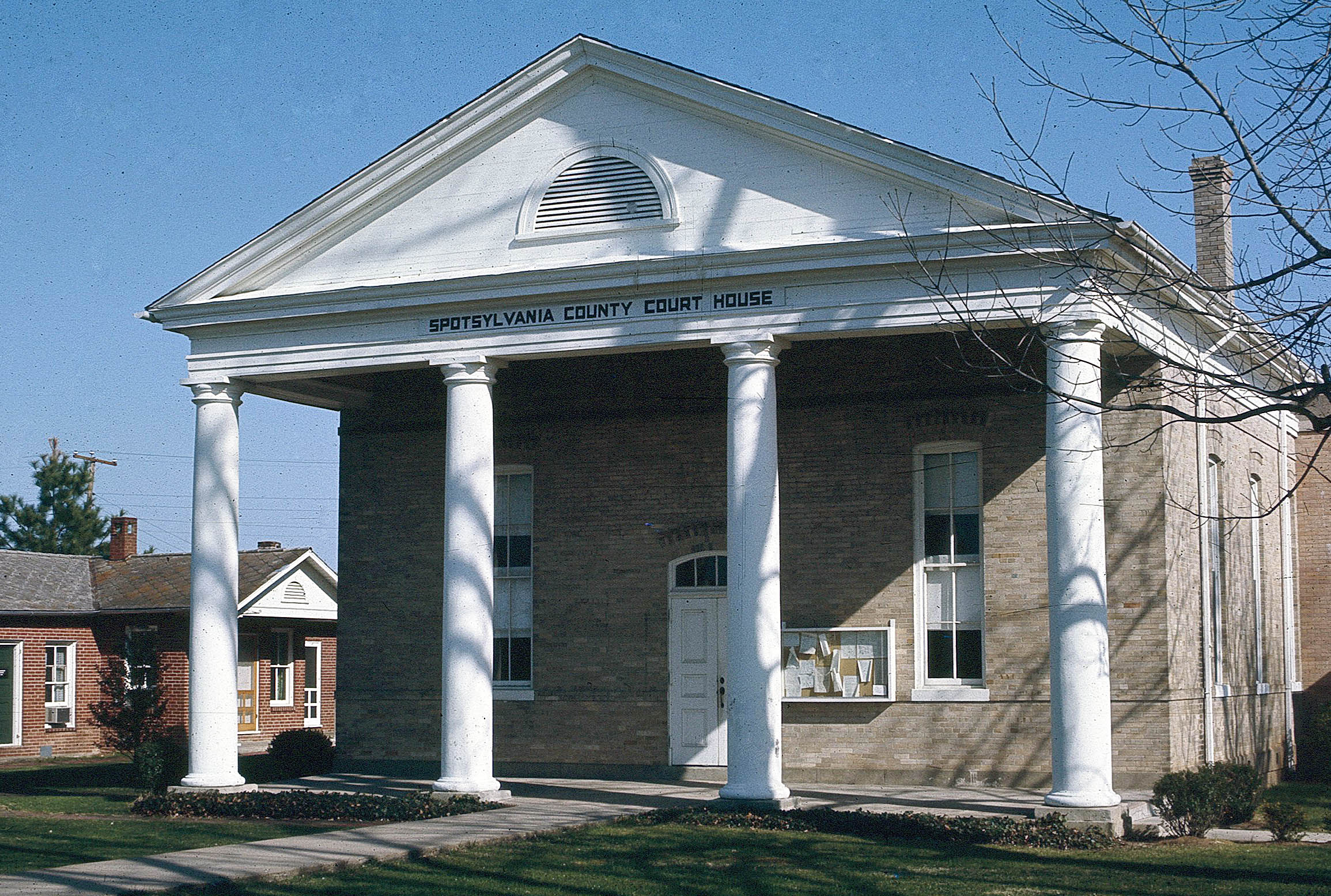 Spotsylvania Court House, established on what was once the main road from Richmond to Fredericksburg, was the site of one of the most vicious and bloody struggles of the Civil War. In and around the tiny village in May 1864 the Union army suffered 18,000 casualties and the Confederates under General Lee experienced an estimated 9,000 killed or wounded, with neither side claiming a clear victory. The Tuscan-porticoed courthouse, completed in 1840 by Malcolm F. Crawford, who participated in the construction of the University of Virginia, was largely rebuilt because of heavy damage sustained during the conflict. Remaining in the village are four other buildings standing at the time of the battle: a ca. 1800 tavern, two antebellum churches, and a ca. 1840 farmhouse. Also within the district is the Confederate cemetery, located on what was the principal Confederate defense line.