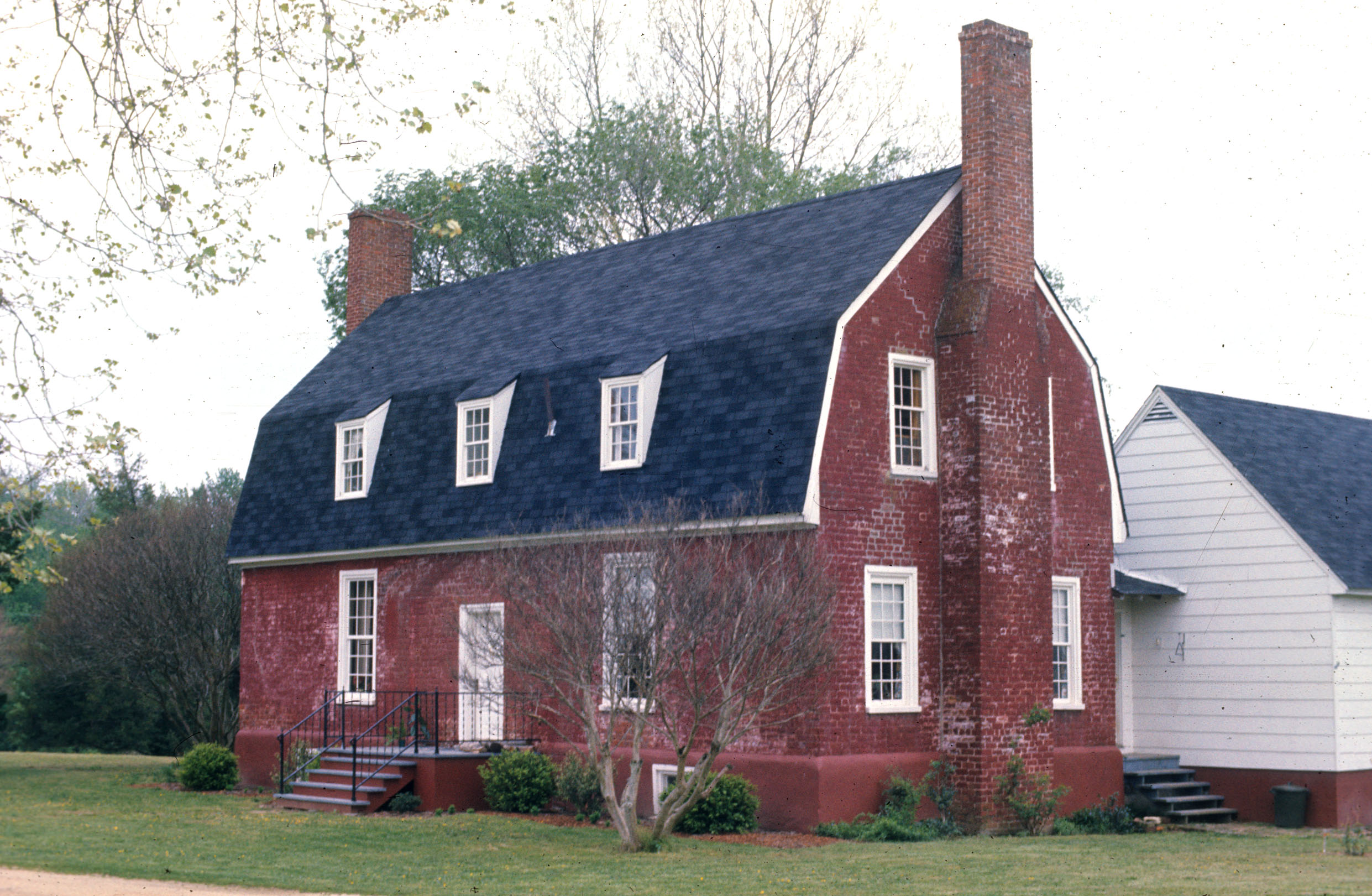 One of Virginia’s rare collection of glebe houses, this dwelling was first occupied by the Rev. John Cargill, a leading colonial cleric. Cargill was a delegate to the 1719 convention that considered Commissary James Blair’s request that the clergy side with him in a political dispute with Governor Alexander Spotswood. Cargill began ministry in Southwark Parish in 1708. In 1724 he complained to the bishop of London that “my glebe house is in very bad condition and the parish will not repair it.” Architectural evidence suggests that the present house was built soon after the complaint. The glebe was sold into private ownership in 1802 and the house underwent extensive remodeling. Exterior chimneys were added, the gable roof was rebuilt as a gambrel, and much of the present woodwork was installed. Despite these changes, the simple straightforwardness that characterized these glebe houses is intact.