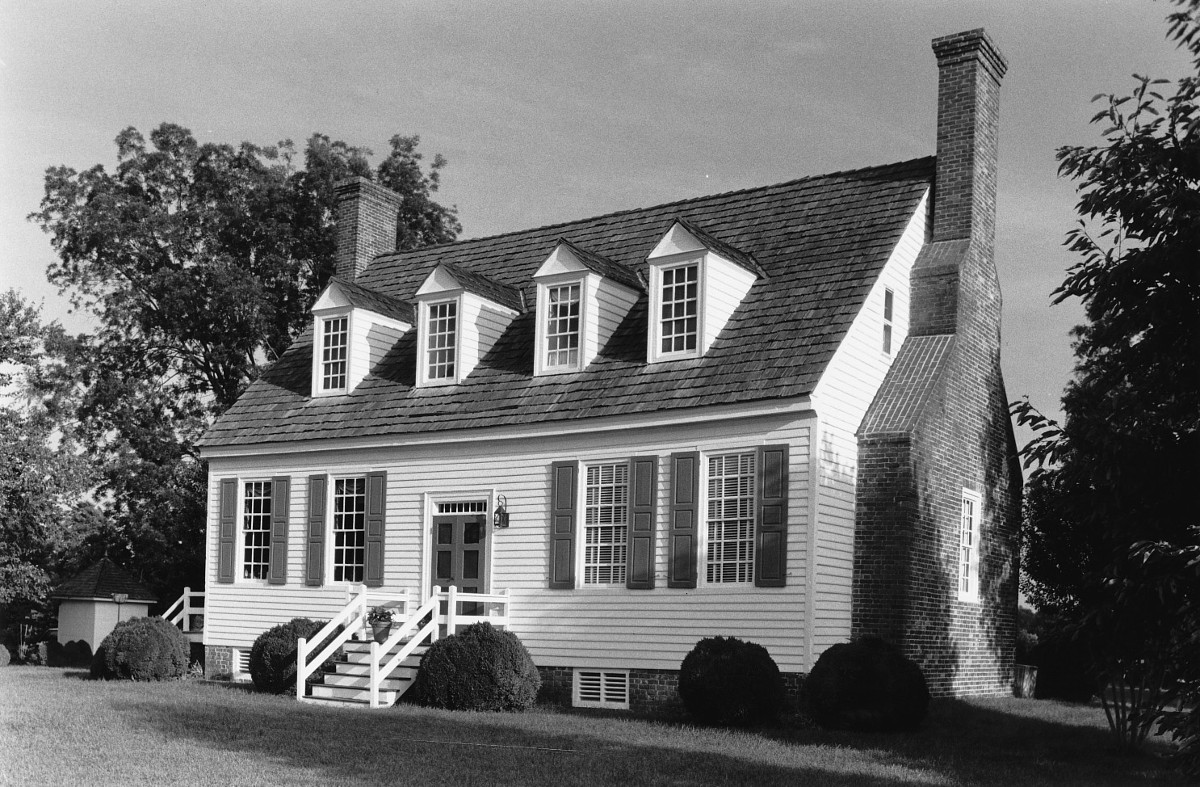 The closet windows in the wide exterior end chimneys of this colonial farmhouse give singularity to a relatively standard plantation house of the period. Closets in colonial houses were not used strictly for storage but often served as pantries, dressing rooms, or toilet areas, uses requiring daylight and benefiting from the warmth of the chimney. The deceptively large-scale dwelling has original weatherboarding and facades dominated by large windows with original sash. The house probably was built in the third quarter of the 18th century by Charles Harrison on property inherited in 1744. The roof originally had clipped gables but they were covered over during an early 19th-century remodeling which included the installation of much of the present interior woodwork. The house stood neglected for a number of years but was restored in the late 1970s.