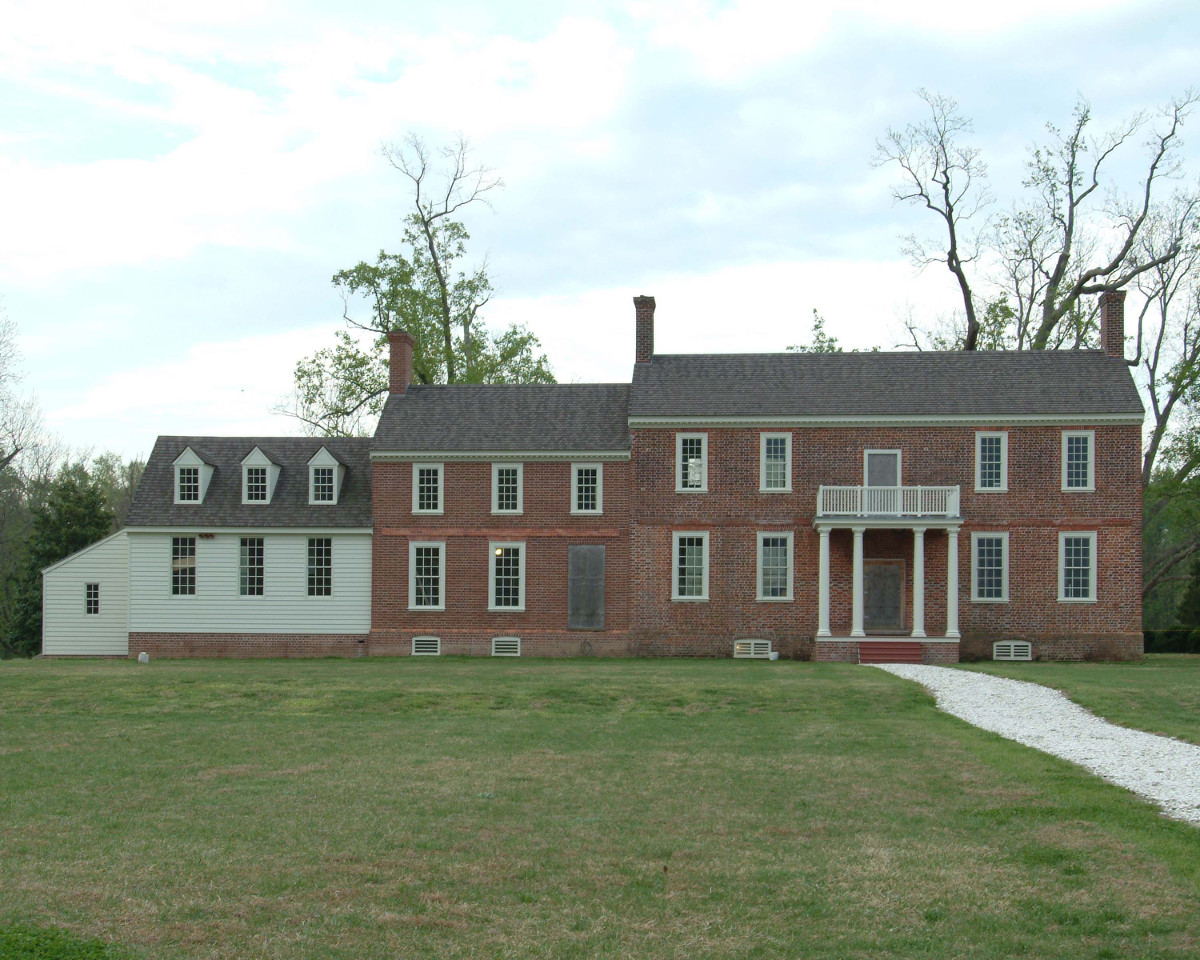 The geography of Mount Pleasant, located across and just upriver from Jamestown Island in Surry County, has ensured it an important place in Virginia history. Archaeological evidence has been found indicating that Native Americans occupied the area from the Middle Archaic to possibly the Contact Period, and the property certainly holds more potential for further archaeological investigation. By 1620, a fortified English settlement known as “Pace’s Paines” was established, which played a key role in the early warning of the impending attack by the Powhatan Indians in 1622. Later 17th-century occupation included the Swann Plantation, but the current manor house was built by the Cockes around 1760 and modified several times, demonstrating the development of Virginia architectural styles and techniques. It was the early home of John Hartwell Cocke, who later established Bremo in Fluvanna County and also was at the vanguard of agrarian reform and abolition in the early 19th century. The 290-plus acres surrounding the house, once used for agricultural purposes, are now used for pasture and paddocks, though a collection of 20th-century farm buildings remains, and two 19th-century landscape terraces are still in place. Collectively, all these features make Mount Pleasant one of the gems of southeast Virginia.
[VLR Listed Only]