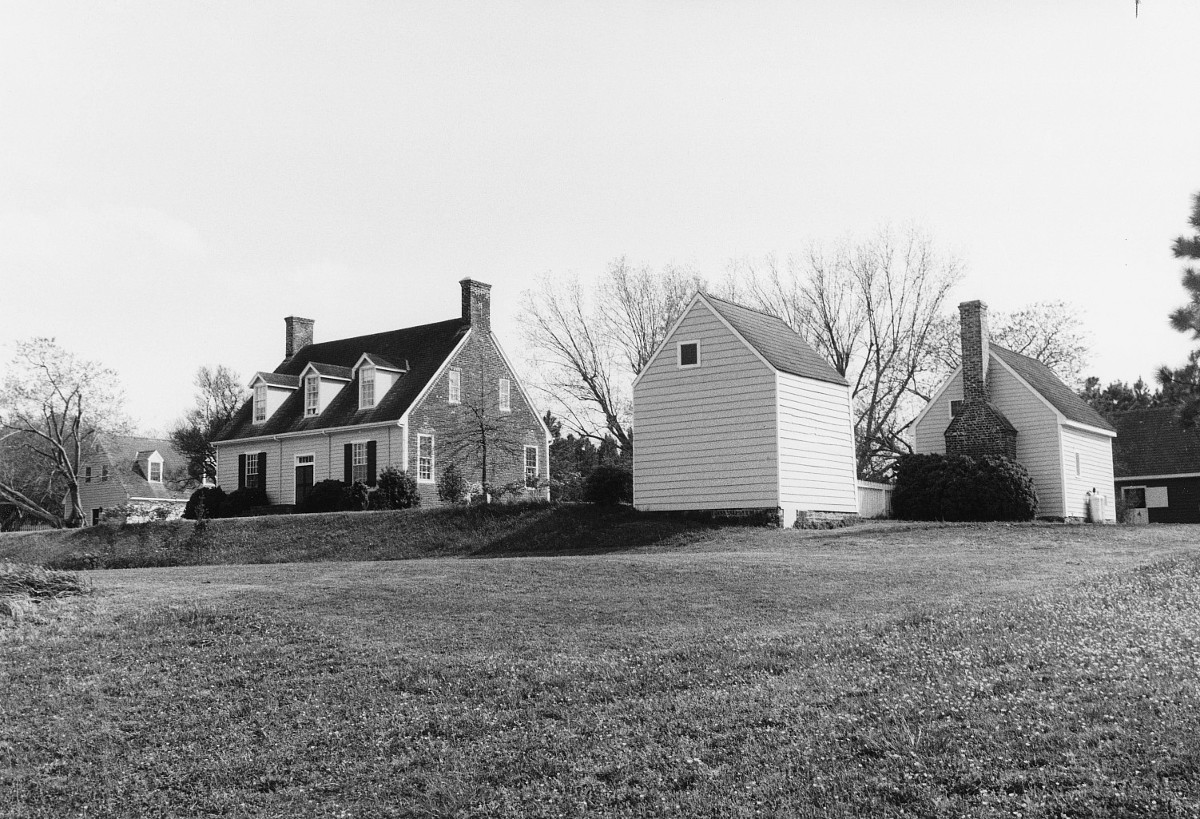 Atop a bluff overlooking the James River opposite Jamestown Island, Pleasant Point illustrates the formality found in many of Virginia’s lesser colonial seats. The complex consists of a compact story-and-a-half, brick-ended manor house flanked by the perpendicularly set laundry and reconstructed kitchen. A smokehouse and dairy on the river side define a symmetrical forecourt. A series of five terraces leads down to the James. The buildings and terracing form a unified piece, probably accomplished ca. 1735-45 during the ownership of Benjamin Edwards, sheriff of Surry County. Pleasant Point was included in a 1624 grant to George Sandys, treasurer of the Virginia Company, who upon his return to England ca. 1628 gained famed as a poet and translator of classical literature. Archaeological investigation may reveal the sites of Sandys’s paled fort and other buildings known to have existed here.