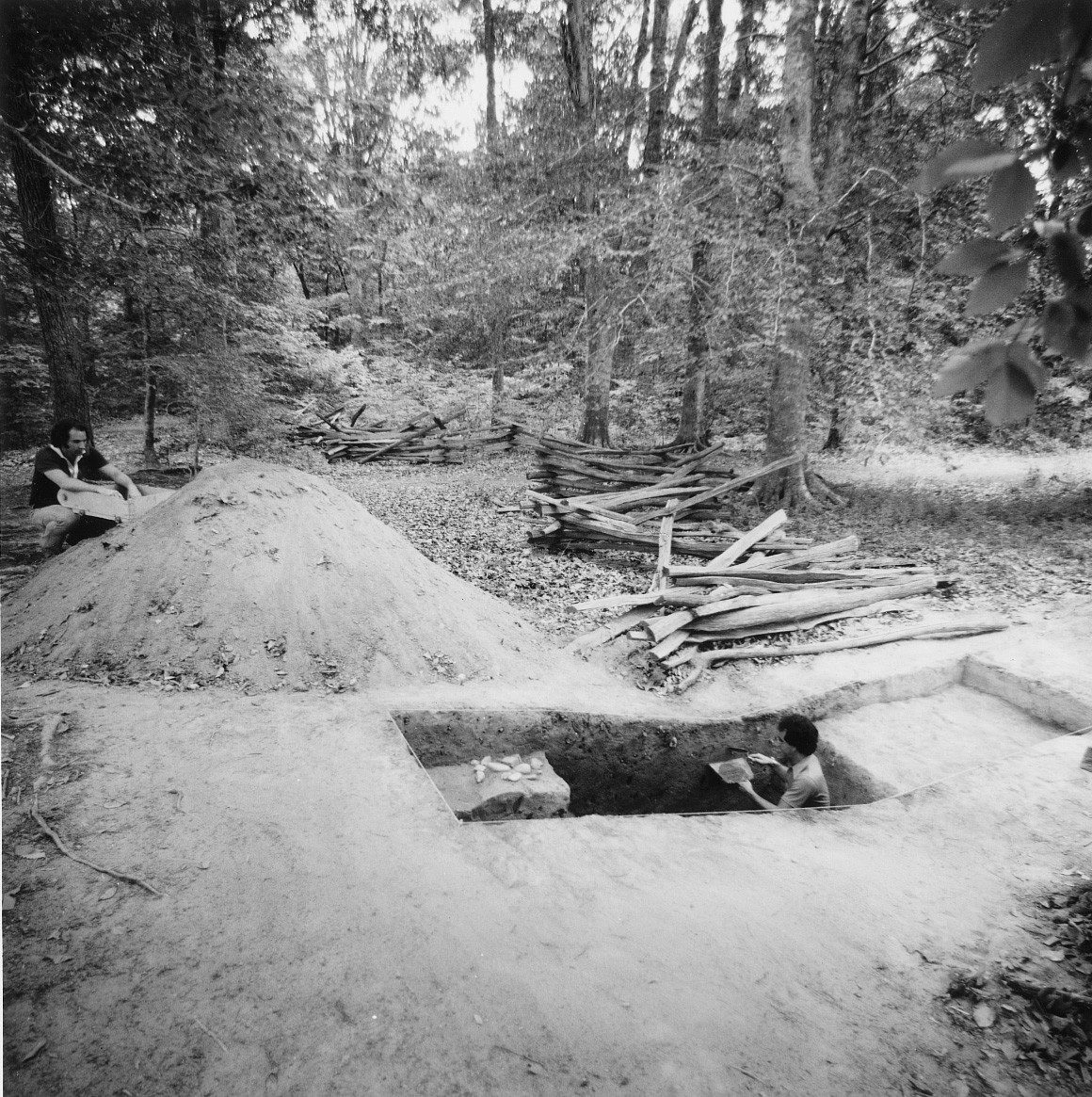 A barely discernible earthwork on a steep finger of land above Gray’s Creek is the remnant of what is likely the oldest extant construction of English origin in Virginia. The fort was begun in 1608 by order of Capt. John Smith as a refuge for the Jamestown settlers should the island be attacked. Destruction of supplies by rats forced the abandonment of the project, leaving only the one earthwork completed. In 1614 the site was included in a parcel presented by the Chief Powhatan to his son-in-law John Rolfe, husband of Pocahontas. Three centuries later, in 1933, Smith’s Fort was acquired by the Association for the Preservation of Virginia Antiquities along with the nearby Smith’s Fort plantation house. The much-worn earthwork today is some two feet high and approximately 120 feet long with an opening in the center, possibly the location of an extended entrance.