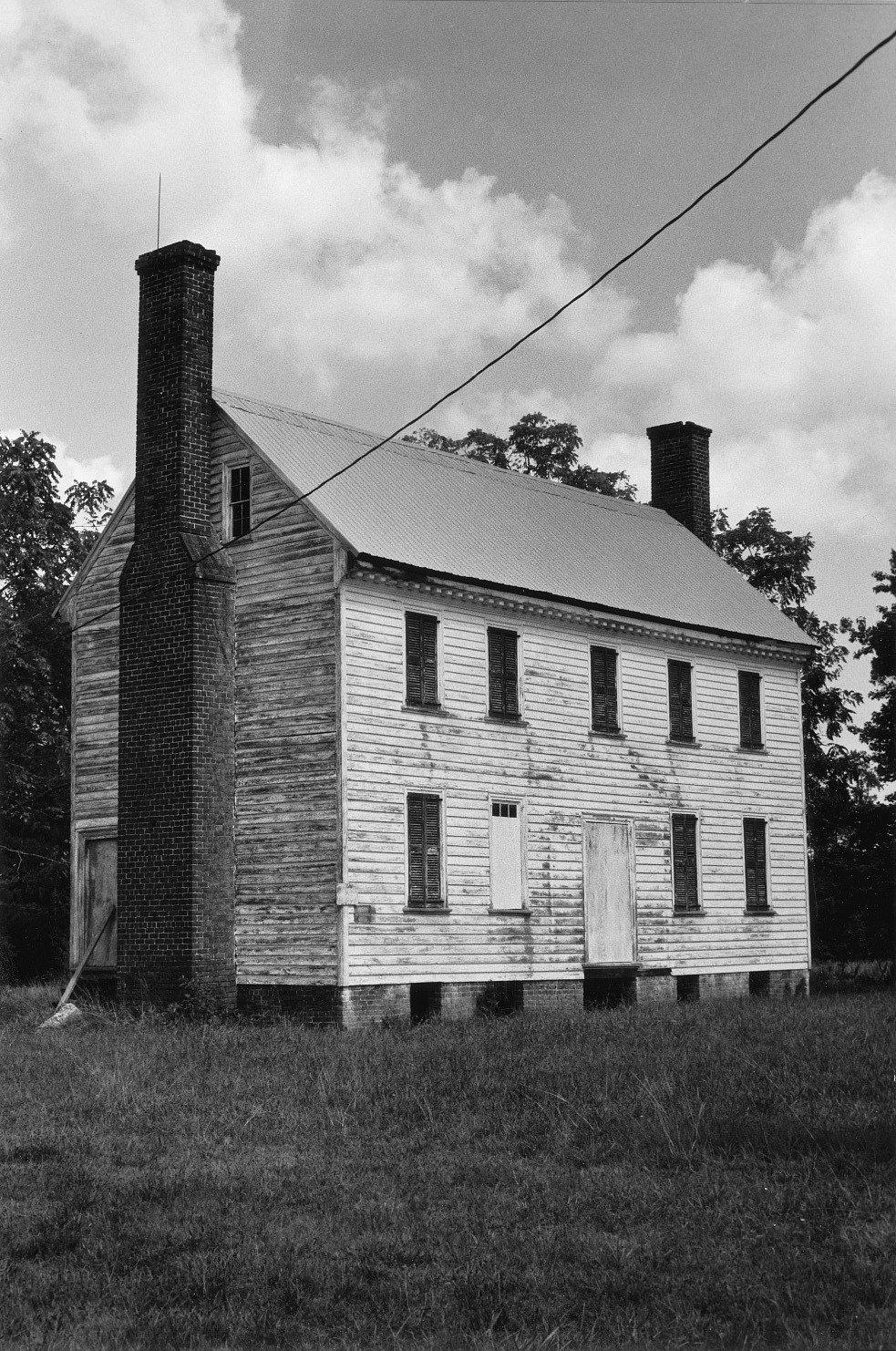 This frame farmhouse is an illustration of the persistence of Georgian forms in rural Southside Virginia well into the 19th century. It is also a demonstration of the formality that could be instilled in vernacular architecture with the use of symmetry and carefully calculated geometric proportions. Appearing earlier than its construction date of 1836. Snow Hill was first the home of Samuel Booth, a captain in the local militia. Though it has been unoccupied for many years, the regular five-bay structure is well preserved, even retaining its early beaded weatherboarding. Adding a liveliness to its otherwise restrained interior woodwork is an important decorative painting scheme of graining and marbleizing. Such fancy painting was a craft widely employed in the Virginia countryside in the 19th century but often disappeared under later coats of paint.