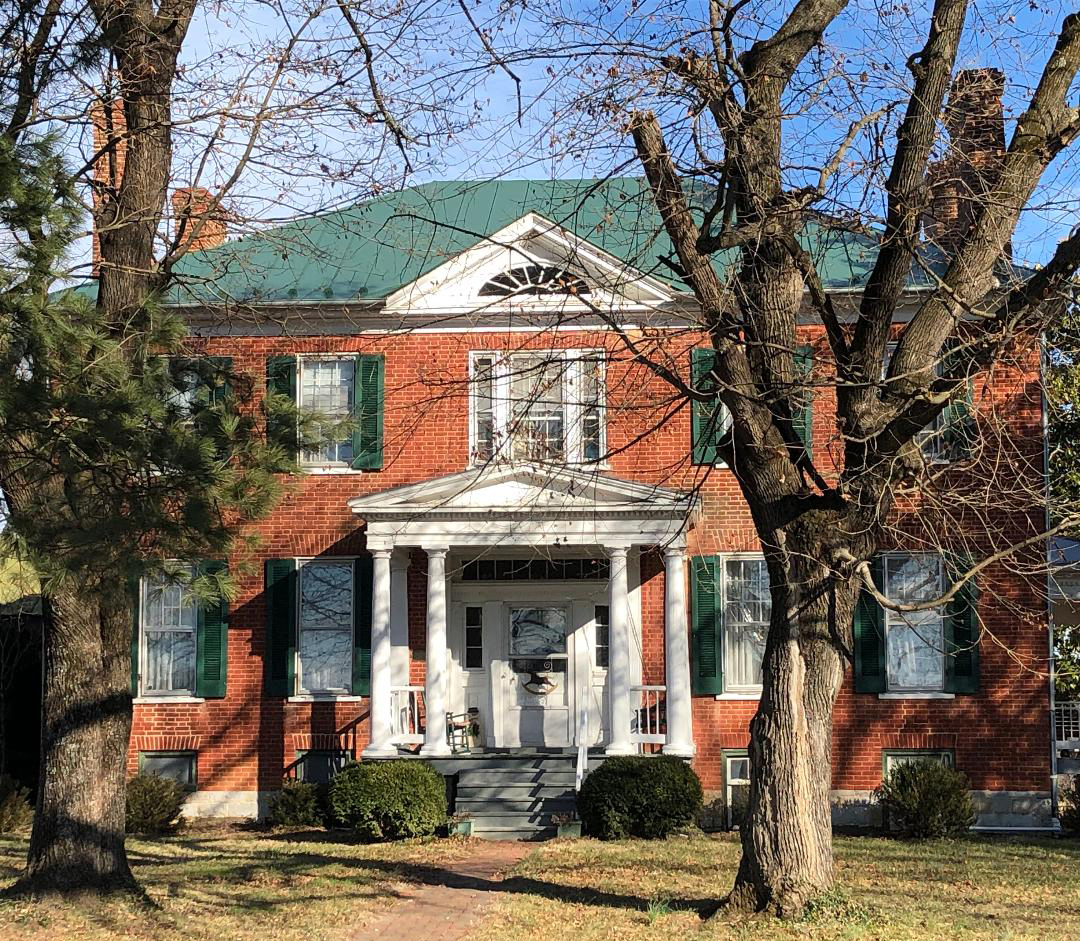 Situated on the North Fork of the Shenandoah River in Warren County, this historic farm was established and occupied in the 1700s by Jost Hite and his family, early settlers in the area. The original house, Traveler’s Hall, burned ca. 1840 and the present structure was built on its site by George W. Bowman, a Hite descendant. The formal brick dwelling illustrates the transition from the Federal to the Greek Revival styles. The earlier character is found in the five-bay façade with its central pedimented pavilion and hipped roof. The Greek Revival influences are seen primarily in the interior woodwork. Near the house is a grouping of late-18th- and 19th-century farm buildings. The Hite family cemetery at Long Meadow contains the graves of Isaac Hite, Sr. and Isaac Hite, Jr., builder of Belle Grove in Frederick County.