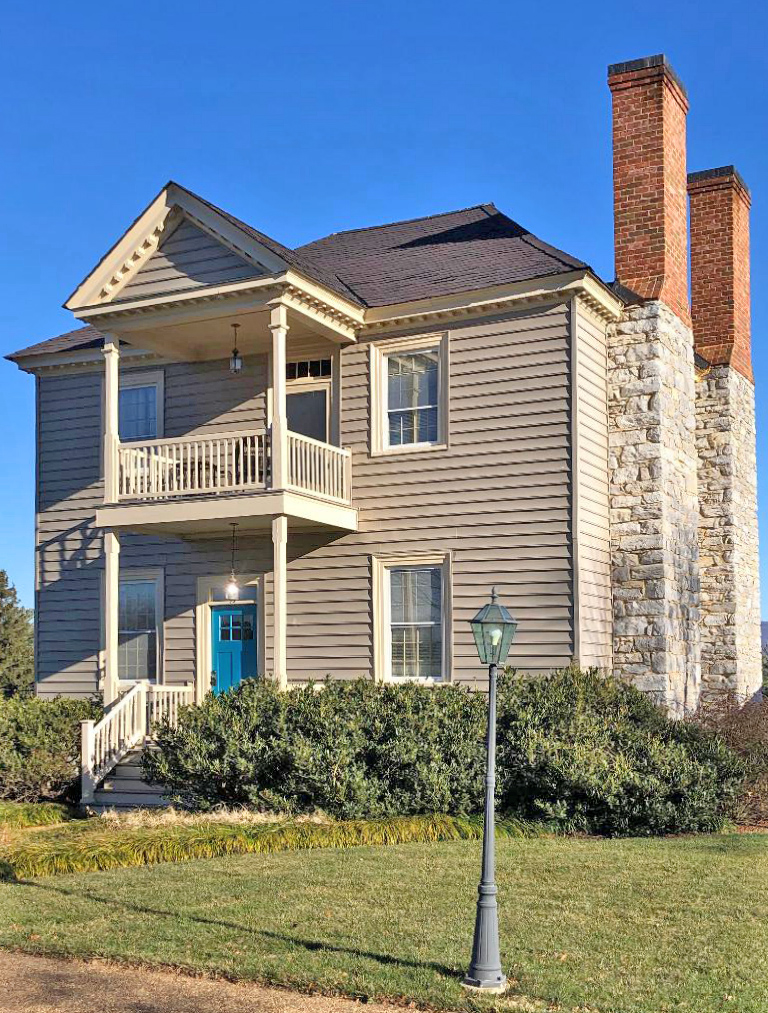 Fairview Farm’s importance as a document of indigenous late-18th-century forms and details was long clouded by an early-20th-century remodeling that gave the house a hybrid foursquare/bungaloid appearance. Despite the changes, much original fabric was left intact, including the superb interior woodwork. Evidence for missing features was abundant. A comprehensive restoration, directed by furniture maker Peter Kramer, was undertaken in 1984 during which the stucco was removed and the portico reconstructed. As originally completed for Samuel Shackelford, member of a prosperous Warren County family, the house combined continental and English features. The continental character is seen in the three-room plan, related to the three-room Flurkuchenhaus plan employed by German settlers. The English influence is evident in the exterior chimneys, the richly detailed provincial Federal woodwork, and the king-post-truss roof framing.