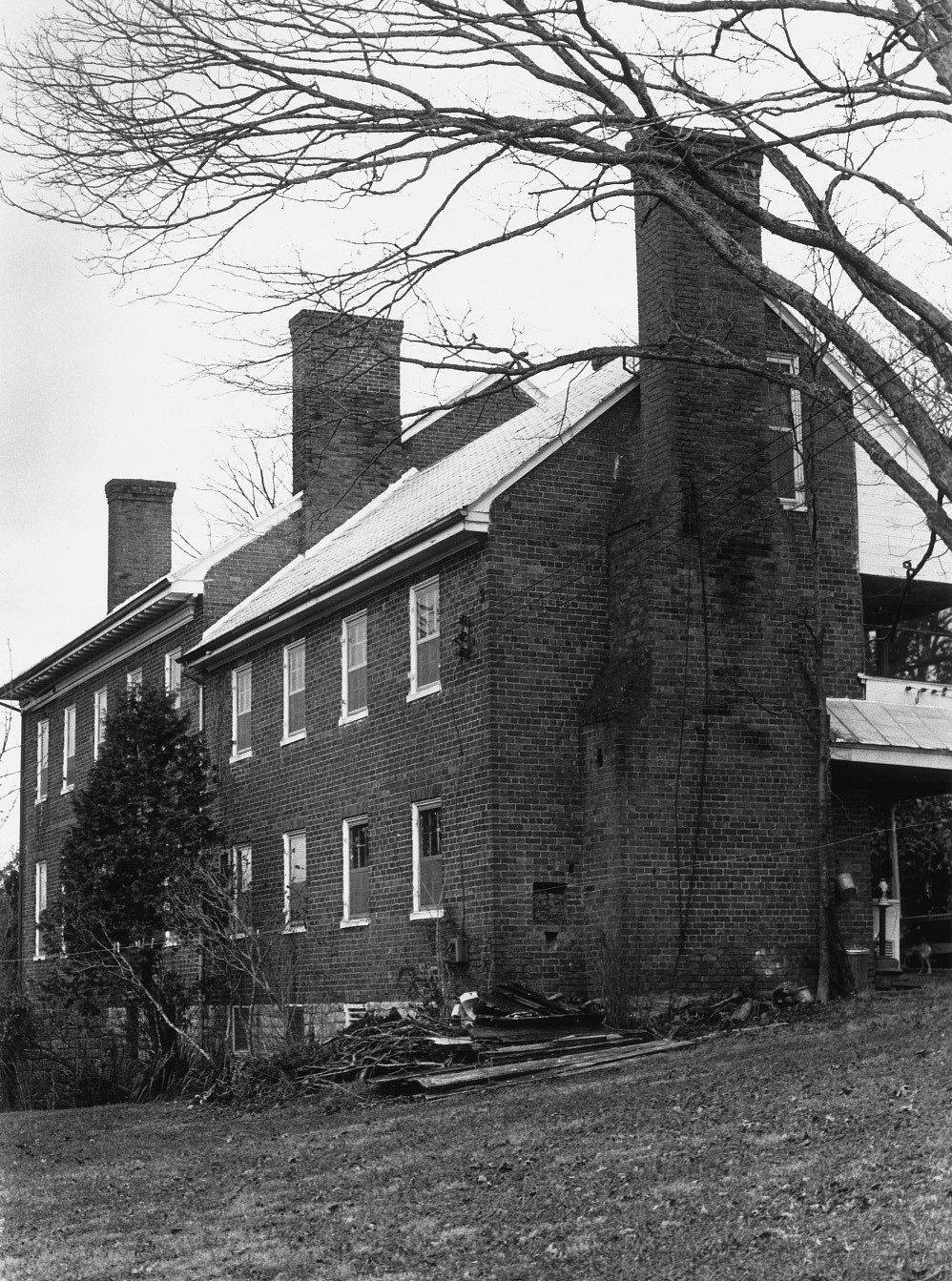 A proud statement of the prominence and prosperity of its first owner, Brook Hall was completed in 1826 for William Byars, a colonel in the local militia, member of the Virginia General Assembly, and later a U. S. congressman. By 1830 Byars’s landholdings included over 1700 acres. One of the largest Federal-period houses in the region, Byars’s twenty-four-room structure exhibits a high level of craftsmanship inside and out. A dominant interior element is the main stair, finished to the third level. The mantels are delicately ornamented with regionalized Federal motifs. An important feature is the array of original painted finishes, both decorative and plain. The Byars family entertained may prominent guests here including presidents Andrew Jackson and James K. Polk, as well as several Virginia governors. The property is currently being rehabilitated as a country inn.