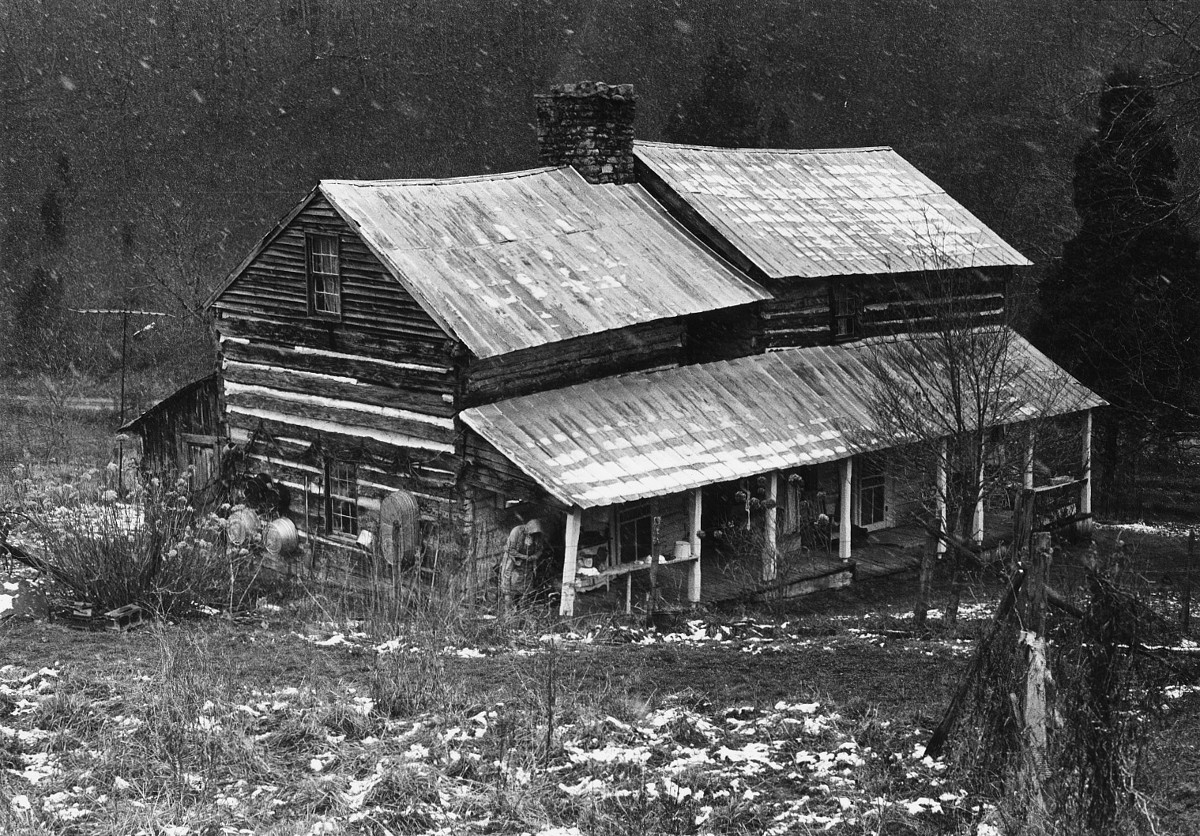 The Crabtree-Blackwell Farm complex forms a remarkably undisturbed picture of the folk culture of the Southwest Virginia uplands, a region settled by Tidewater English, Scotch-Irish, and Pennsylvania Germans. The resulting cultural mix is evident in the area’s vernacular buildings. The earliest section of the Crabtree-Blackwell dwelling is the half-dovetail square-cabin form evolved from late-medieval English prototypes. The later rectangular section, with its half story and V-notched corners, is more typical of the Scotch-Irish building traditions. The springhouse, with its cantilevered overhang, follows central European vernacular building practices. The double-crib log barn is a common Appalachian form. The oldest portion of the house was probably built by the Crabtree family, who bought the land in 1818. The later section likely came after 1824 when the farm was purchased by the Davenport family.