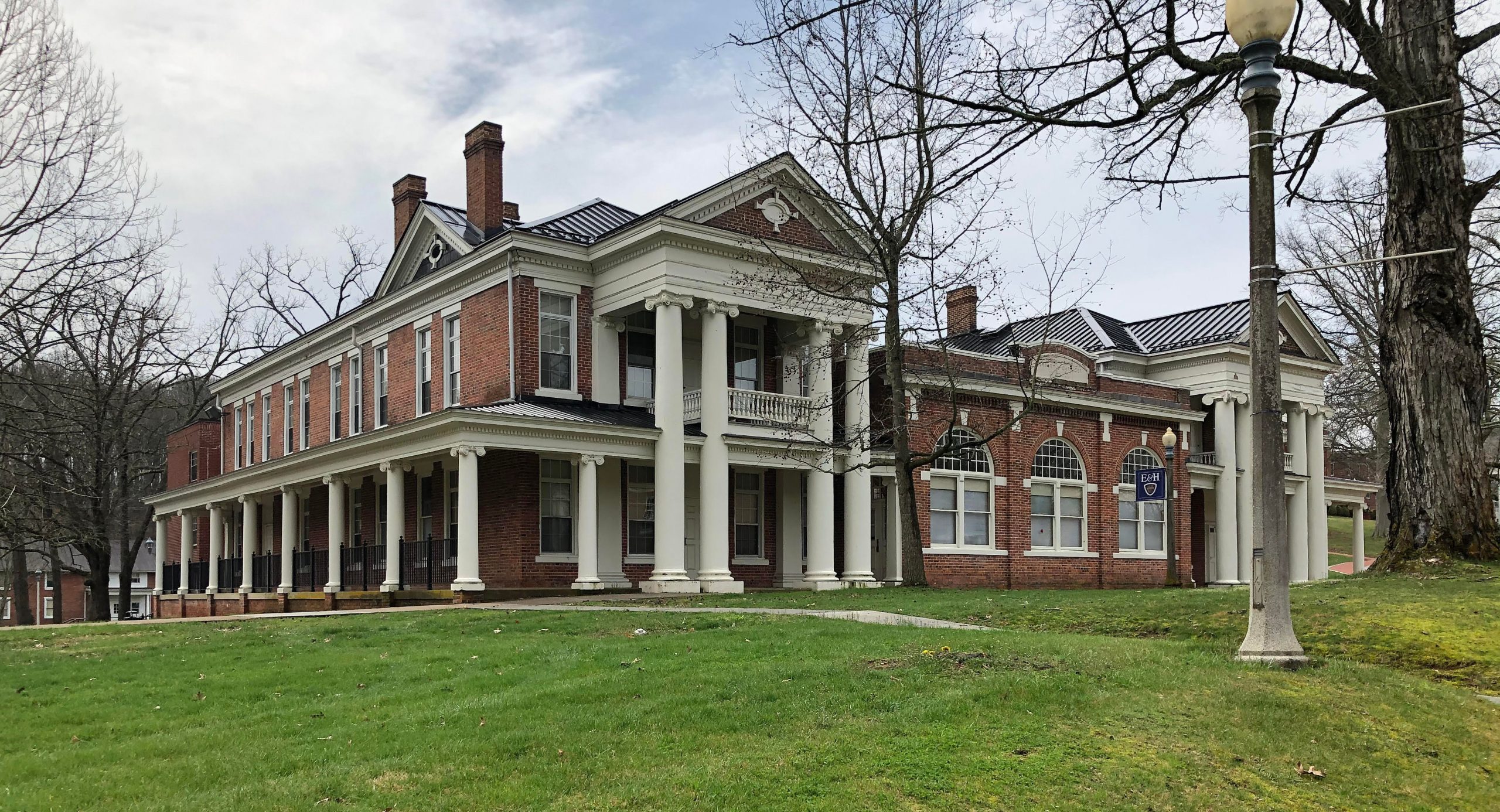 Emory and Henry College, founded in 1838 by the Holston Conference of the Methodist Episcopal Church, is the oldest college in Southwest Virginia and one of the few colleges of its period in the South that has operated with continued affiliation with its founding organization. The hilly, tree-shaded campus includes several structures from its early days. Among these are the Charles C. Collins House (1845), home of the first president; the Emily Williams House (1848), home of the second president; and the J. Stewart French House (1852), home of seven successive college presidents. In addition to these, the college possesses a fine collection of Georgian Revival buildings. Dominating the complex is Ephraim Emerson Wiley Hall, the Georgian Revival administration building built in 1912. With their brick construction and classical trim, the buildings, both 19th- and 20th-century, form a cohesive architectural assemblage.