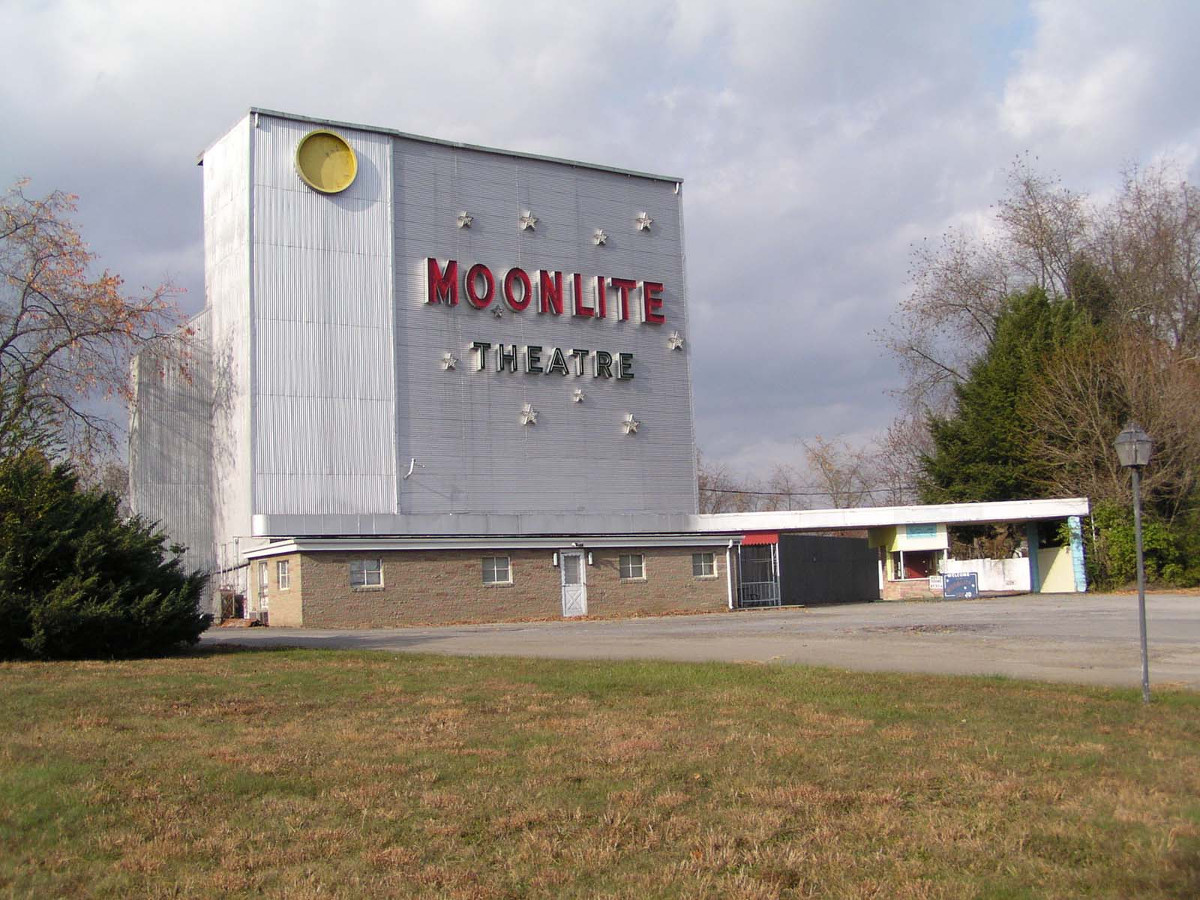 Though they occupy an important place in American popular culture, drive-ins such as the Moonlite Theatre have been generally overlooked as places of historic significance. The Moonlite is an exceptional example, retaining its original 65-foot-tall screen, ticket booth, concession stand, and neon attraction board by the highway. Originally owned and operated by local businessman T. D. Fields, it is one of only eight drive-in theatres currently operating in Virginia. It is among the earliest surviving, constructed just 16 years after the first drive-in was introduced in New Jersey in 1933. The Moonlite opened early in the summer of 1949, and has operated continuously since. It is famous among drive-ins, as the subject of at least two country-western songs, which are played before each show, with the audience often chiming in. The best-known song, from the 1970s, is entitled “Moonlite Drive-in.” In the Abingdon-Bristol area, the Moonlite is a venerated landmark, still providing entertainment and a place for social interaction to thousands of families.