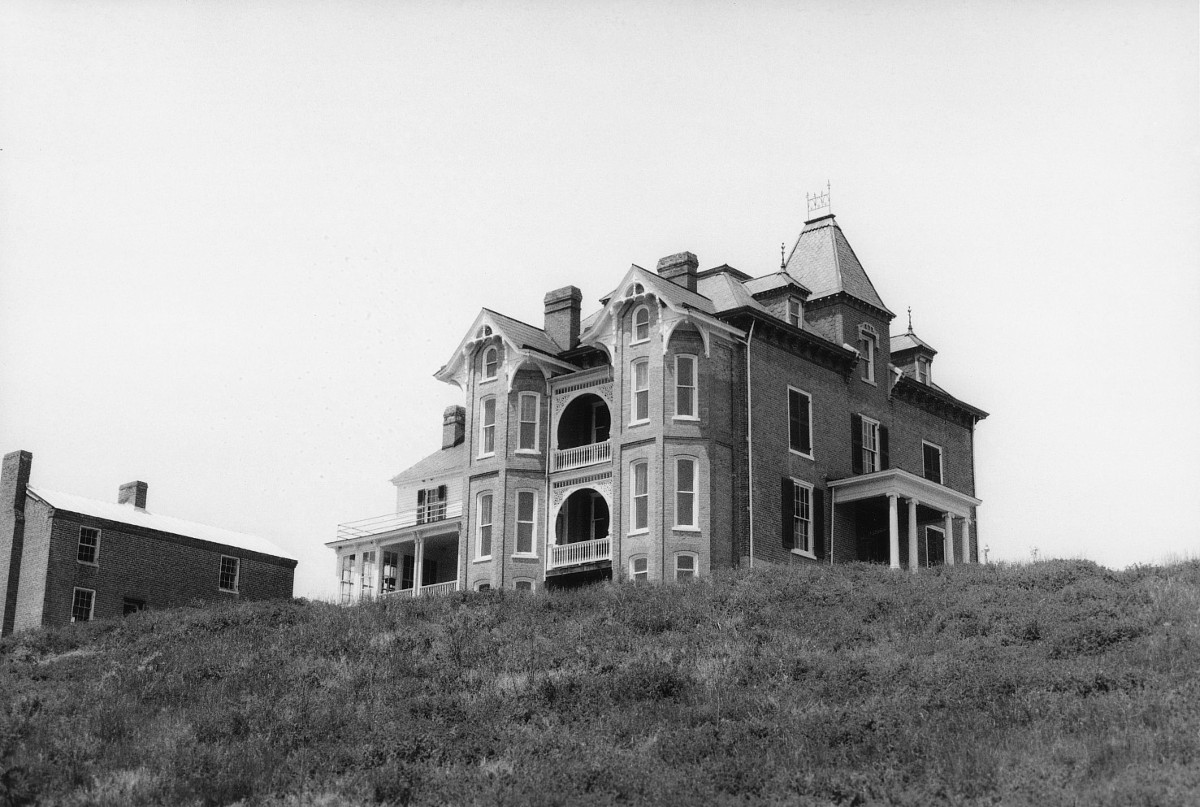 The various parts of the unforgettably eccentric Maj. David Graham house provide a chronicle of the architectural taste of a successful Southwest Virginia family. The house began ca. 1840 as a frame, two-story regionalized Federal-style dwelling with an elaborately carved entry. Its original owner, David Graham, was a prominent figure in the development of the local iron industry. Around 1855, Graham added an Italianate section of brick. The place was inherited in 1870 by Graham’s son, Maj. David Pierce Graham, a former Confederate officer. Major Graham continued the tradition of embellishing the house by adding a tower and deck-on-hip roof. He further elaborated the building at the turn of the century with two enormous three-part bays connected by galleries. The exotic pile was owned by the Graham family until 1944.