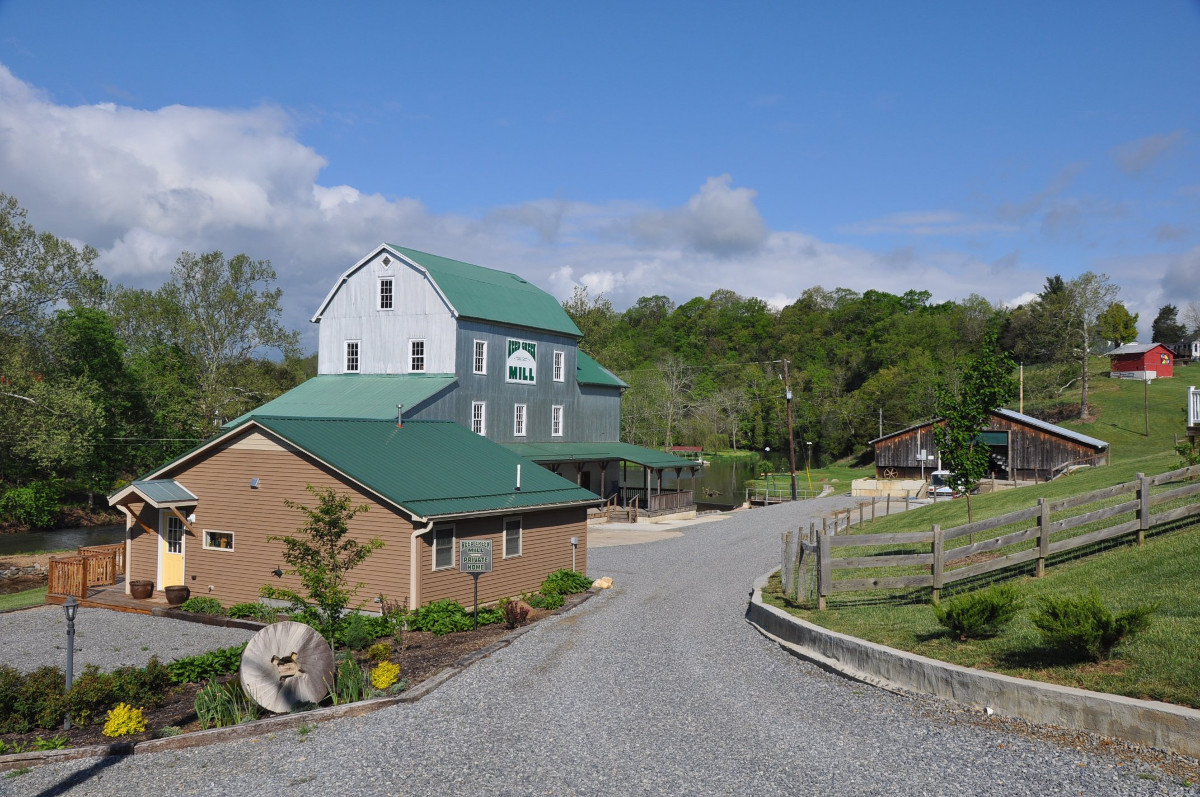 The Reed Creek Mill dates to around 1902, when it was known as Stone Mill and replaced a prior Barrett’s Foundry and Mill that was built on the site in 1858. Situated about a mile south of the Wythe County Courthouse, the 4.8-acre mill property also includes a 350-foot-long mill dam, head race, tail race, and a circa 1950 storage warehouse. The rectangular-shaped, timber-frame, three-story gristmill rests on a coursed limestone and poured concrete foundation with lower frame side wings. Galvanized corrugated metal siding clads the entire building. Operating for more than 100 years, the mill was central to the rural Reed Creek community’s economy, producing flour and buckwheat while retailing cattle feed and farming supplies. In its early years, Reed Creek Mill also generated electricity for Wytheville’s streetlights until 1911 when Appalachian Power Company took over that role. By 1975, the mill had ceased producing flour for human consumption but it continued milling livestock feed until 2004.