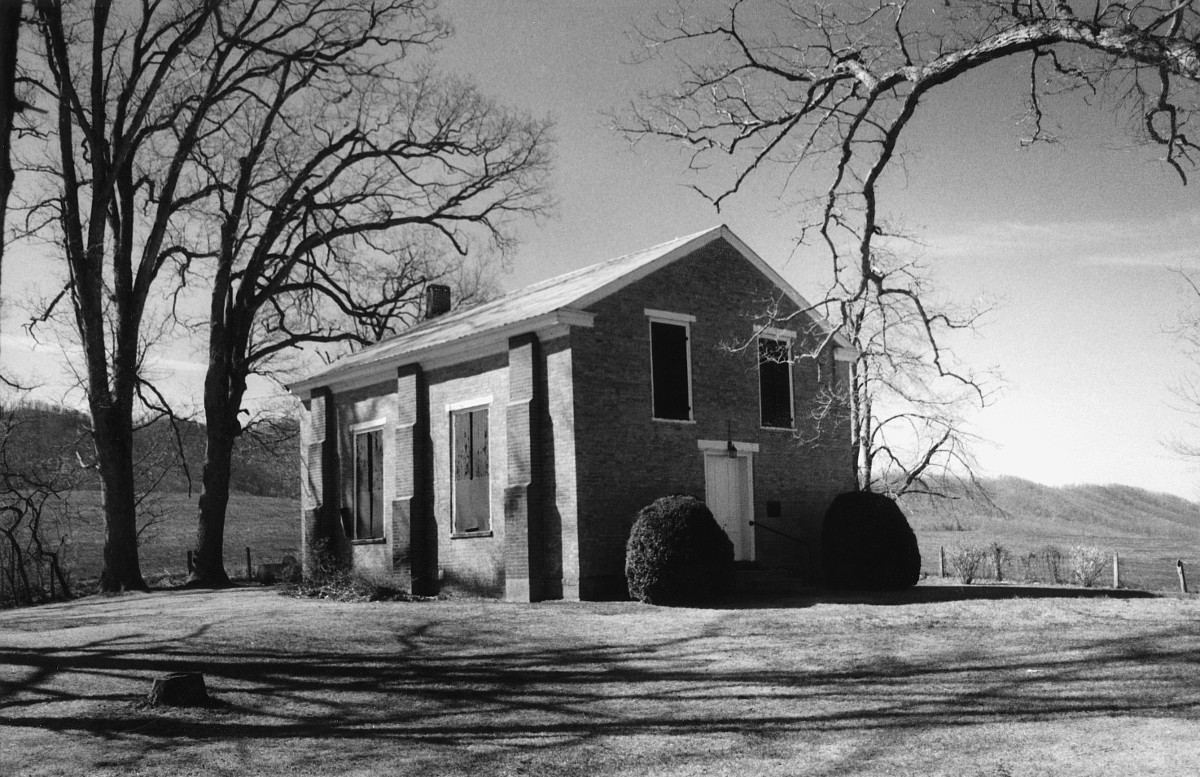 Crockett’s Cove was named for John Crockett, who settled in this pastoral vale in the 1770s. Crockett’s daughter-in-law, Nancy Graham Crockett, the pious daughter of a Presbyterian elder, became concerned for the religious welfare of the area. At her death in 1853 she left funds to build a church for the community. Completed in 1858, the church was constructed by Wesley Johnson of Wytheville. The plain rectangular structure is typical of country Presbyterian meetinghouses, being basically functional and devoid of religious iconography. Lewis Miller, the Pennsylvania folk artist, sketched the church at its dedication. During the 1864 battle of Cove Mountain, the church was used as a Union hospital. Seventeen soldiers died here, and bloodstains from the wounded remain inside. The church closed in 1903 but was restored to occasional use in 1941. Buttresses were added in 1959 to halt splaying of the walls.