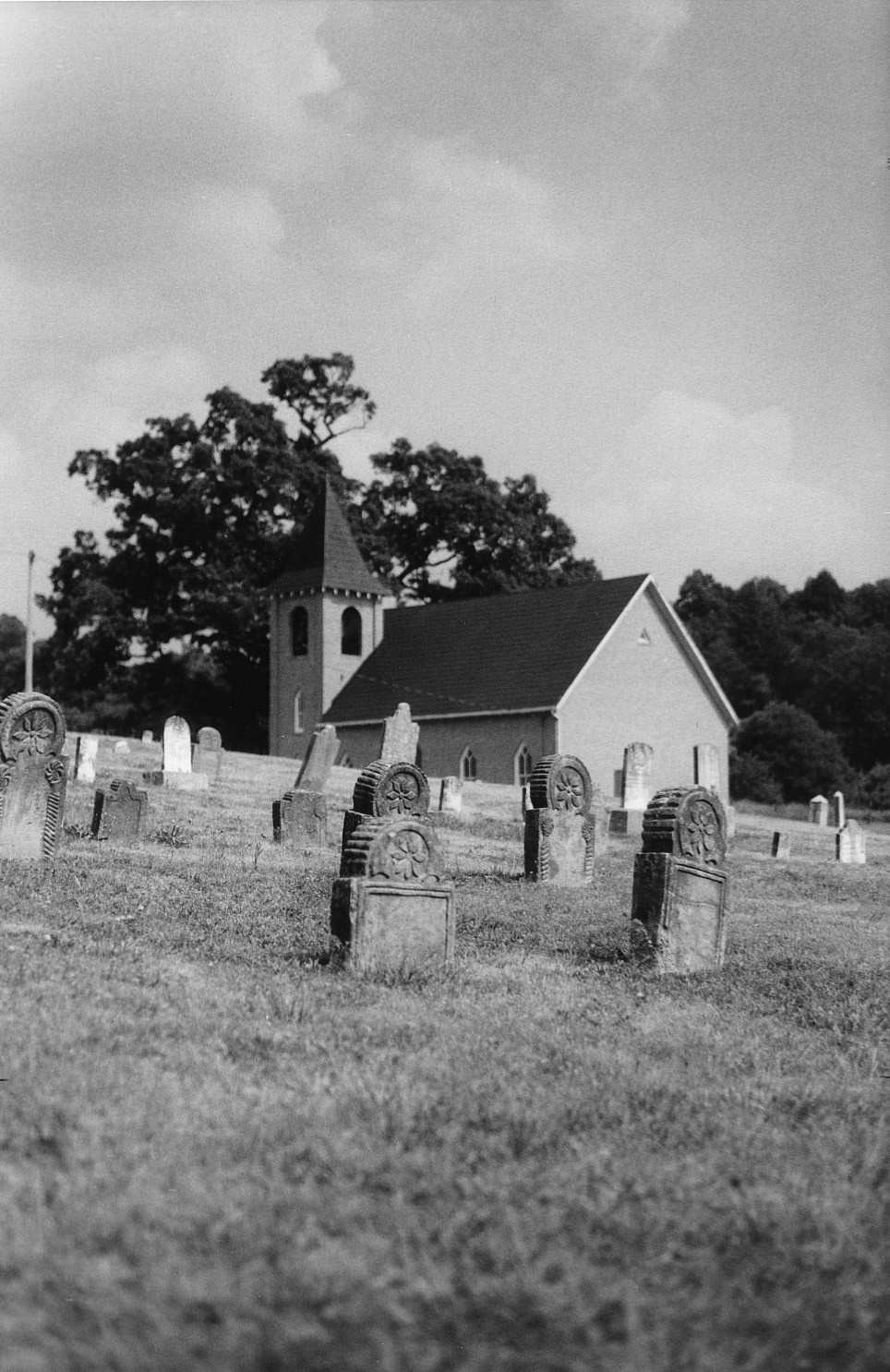 Forty-two well-preserved German-style gravestones, similar to those found in lesser numbers and in poorer condition in several other outlying Lutheran cemeteries around Wytheville, survive in the Zion Church graveyard. Like the other markers of the region, the Zion group is composed of thick sandstone slabs carved on both sides and often decorated on the edges. The fanciest have undulating tops and faces carved with petaled flowers or pinwheel motifs, often framed by spiral pilasters. The inscriptions are in English, most in a flowing script. The stones seem to have been produced by a single carver between 1835 and 1840, some to replace earlier markers. Zion’s simple Gothic-style church was built in 1940 and is the third church on the site.