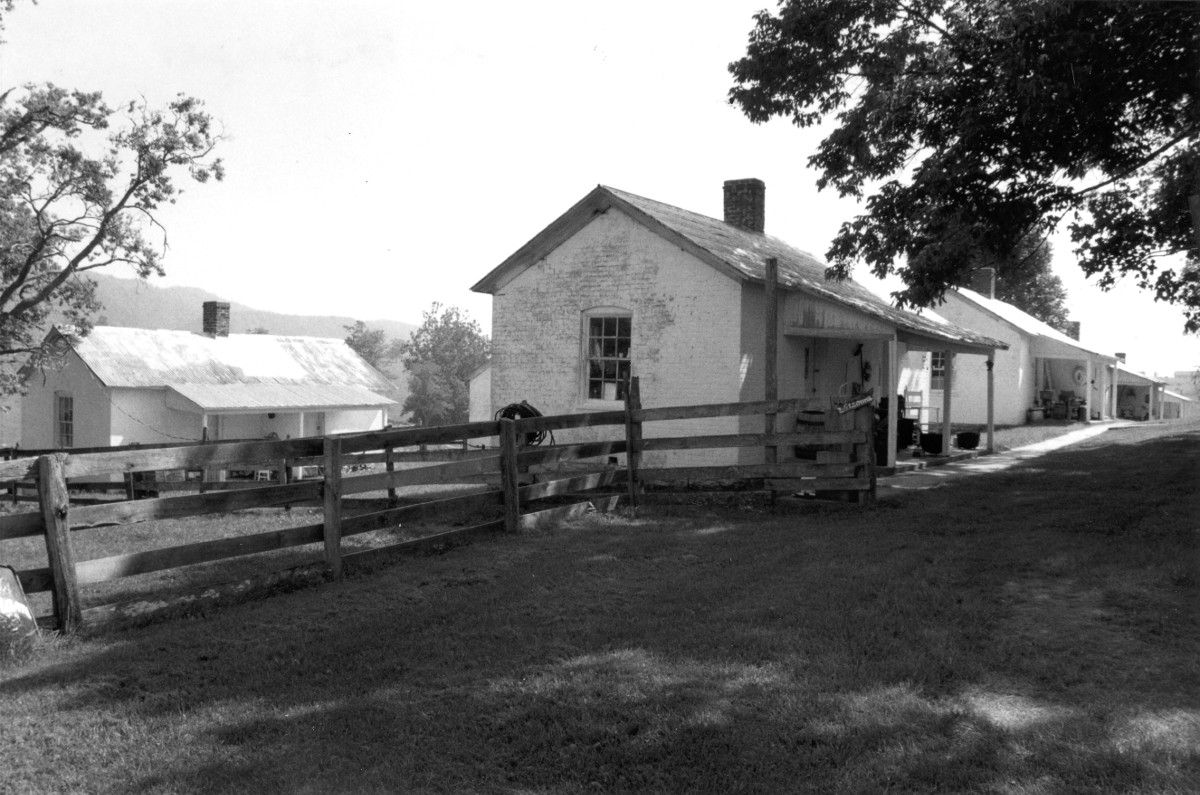 The Wythe County Poorhouse Farm is the only surviving facility of its type in Wythe County. The nine-acre parcel contains the heart of Wythe County’s second poor farm, which operated from 1858 to 1957. Included in this complex are the overseer’s house, eight pauper dwellings, and five contributing outbuildings. In accordance with Virginia law, Wythe County in 1825 established its first poorhouse farm “and work house for receipt of poor of the county and for reforming vagrants.” After abandoning its first poorhouse farm, the county established the second poorhouse farm on 340 acres just east of Wytheville. The officials provided food, shelter, and medical care for the poor, infirm, and homeless. In an undisturbed setting with its core buildings intact, the farm continues to tell the important story of a century of Wythe County’s care for its most unfortunate citizens.