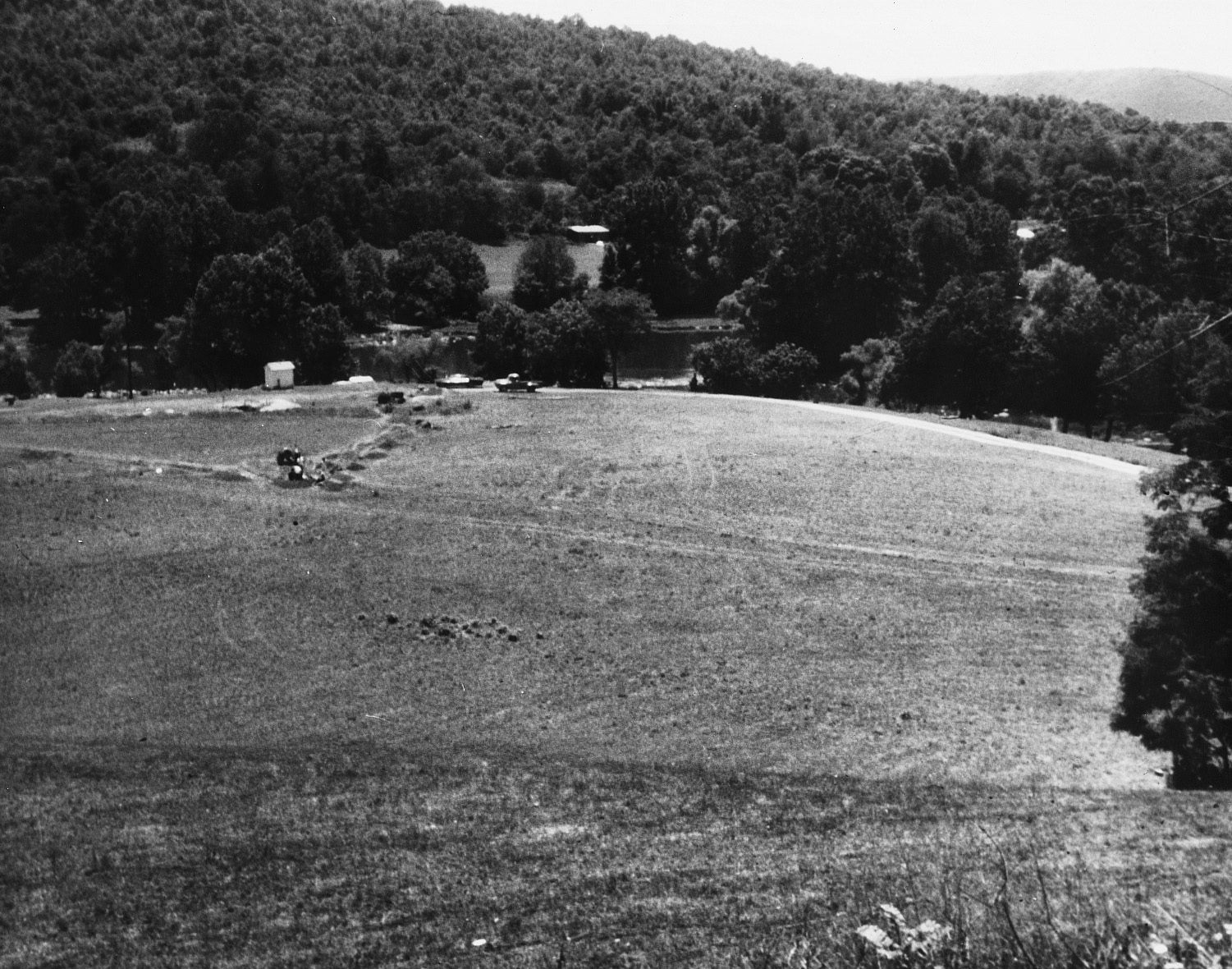 On the banks of the New River, this Indian site was occupied during the Late Woodland Period (A.D. 900-1600). Test excavations on the site have established the presence of an Indian village, probably consisting of a cluster of domelike structures and perhaps enclosed by a palisade. Evidence of a succession of earlier occupations is preserved in the stratigraphy beneath the village remains. Artifacts found on the site include pottery sherds, stone tools, ceramic and shell trade items, and floral and faunal remains. A rare shell gorget is among the most interesting items to have been unearthed.