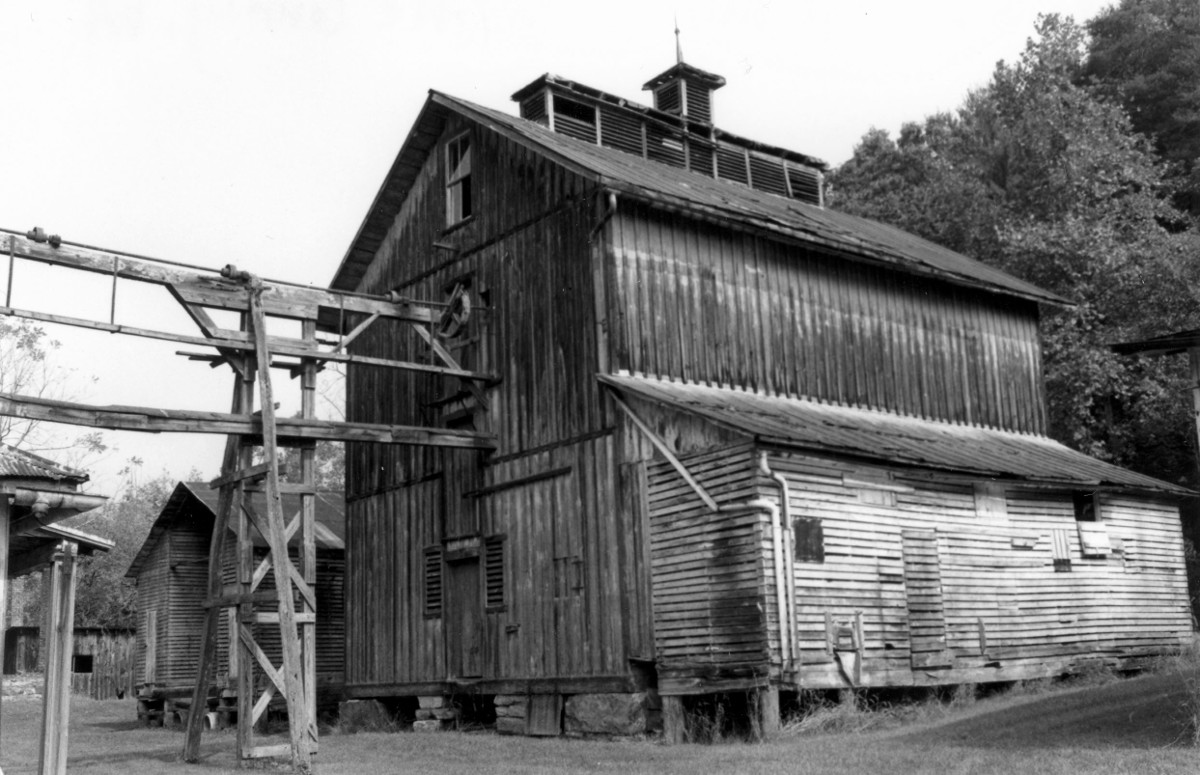 The Grahams Forge Mill is one of the outstanding late-19th-century architectural gems of southwest Virginia. Although utilitarian in function, it is nevertheless a stunning site of rustic beauty: a five-story building on a stone foundation, with a flaking whitewashed, weathered, gray wood exterior; original windows and doors with stylish surrounds and proportionally correct dormers; a paneled frieze below broad eaves; a rusting silver tin roof; and a wonderful little cupola with star motif and decorative cresting. The mill and its complement of outbuildings possess outstanding architectural integrity, and many of the mill’s workings remain in place inside the structures. The current mill, constructed ca. 1890 and operated until 1934, was the third one to occupy the site. Its predecessors were the former Graham’s Forge that featured a furnace, iron rolling mill, and nail factory, and the earlier Crockett Forge, which was established in 1796. The site is named for David Graham, who acquired the forge in 1826 and later left it to his son, Major David P. Graham.