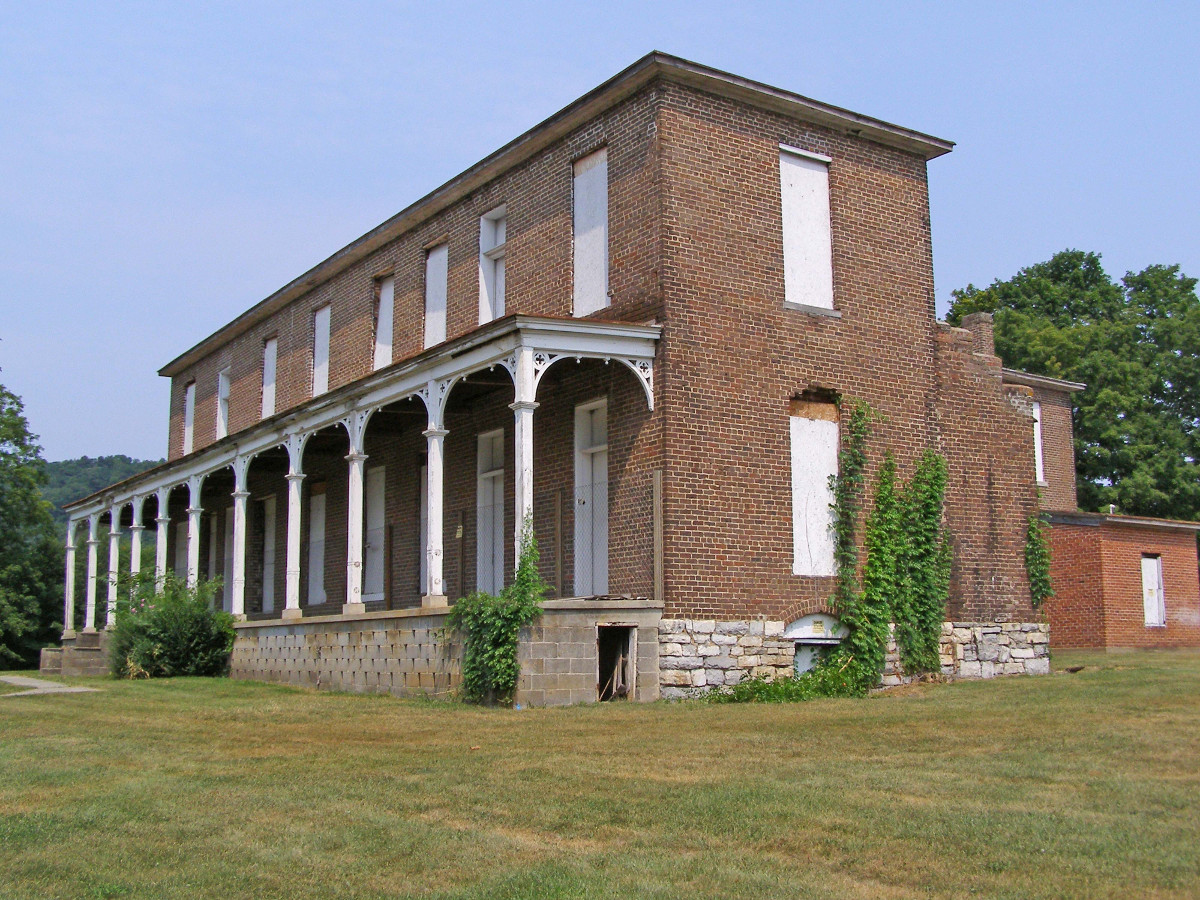 Located within New River Trail State Park, the 16-acre Foster Falls Historic District recalls southwest Virginia’s iron ore industry. The historic district contains much of the commercial-industrial area of a 19th-century farming village that grew rapidly after the discovery of nearby iron ore and the construction in 1881 of an iron furnace—the last of the cold-blast, charcoal-fueled furnaces to operate in the region. At its peak the furnace produced 3,000 tons of pig iron annually. In 1887 a railroad depot was built near the furnace and by 1895 Foster Falls had an elegant Victorian-style hotel, a post office, gristmill and sawmill, general store, distillery, and about 100 houses, including a row of 27 now vanished company houses. After furnace operations ceased in 1914, the Foster Falls Hotel, which still stood at the time of listing, later served as a Presbyterian Church-run industrial school for homeless young women. In 1938, the school became a co-ed orphanage, which closed in 1962.