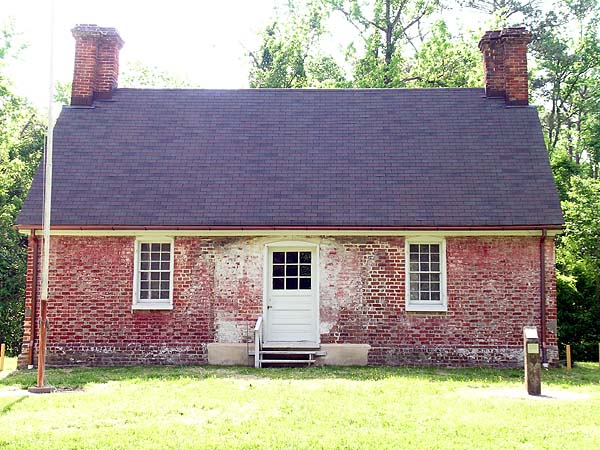 Named for the Kiskiack tribe of Virginia Indians, this building is among the earliest documented works of vernacular architecture in the Commonwealth. The even spacing of its bays is a demonstration of the regularity that was to become a hallmark of colonial design. Although claims have been made for a 17th-century date, the house more likely was built in the early decades of the succeeding century for William Lee, who owned the property from 1696 to 1728. Lee was the grandson of the immigrant Henry Lee who patented the land in 1641. The house burned in 1915 and only the Flemish-bond brick walls and the T-shaped chimneys are original. Rebuilt within the walls, the house remained a Lee home until 1918 when the surrounding land was acquired by the U. S. Navy for a high-security military installation. Now inaccessible to the public, the house has been sealed up for long-term preservation.