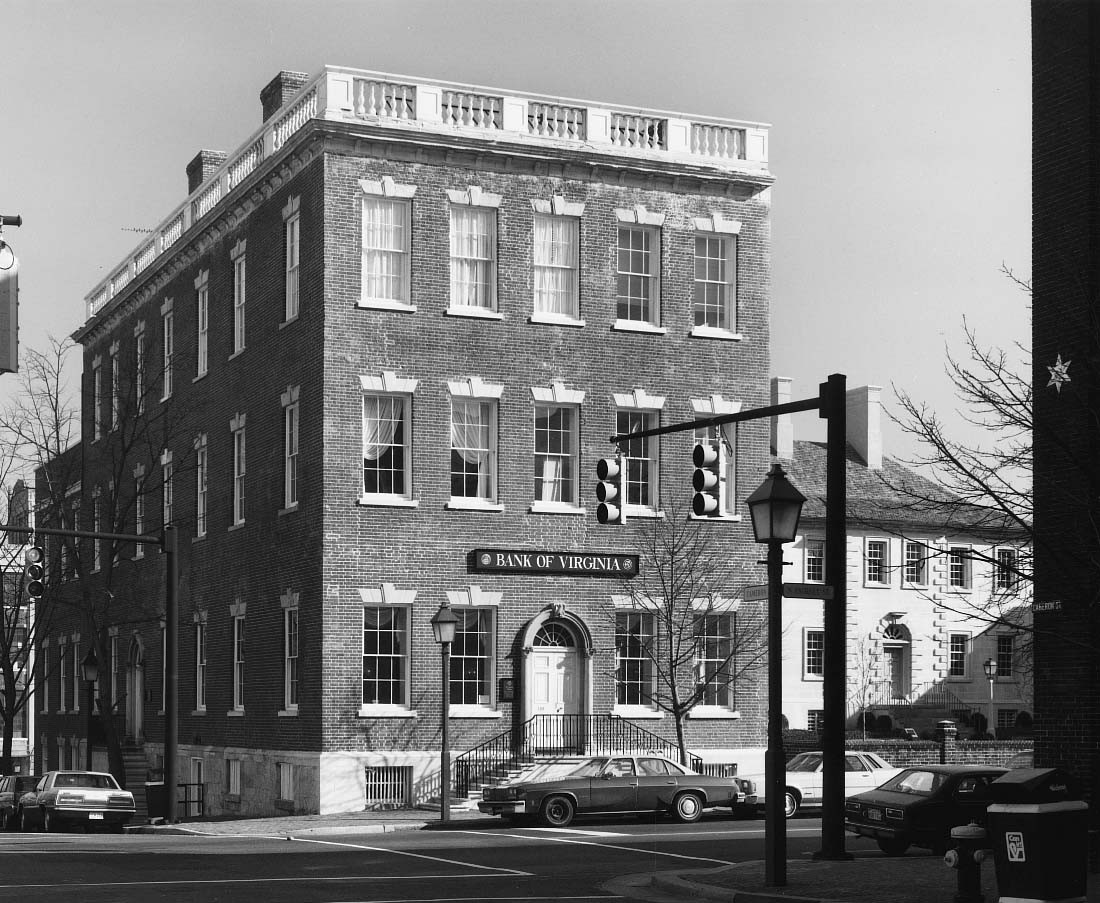 The largest early 19th-century bank building in the state, the Bank of Alexandria was built in 1803-07 and symbolized the importance of Alexandria as a commercial center. The bank company was established in 1792 with George Washington among its charter stockholders. After the bank failed in 1834, the building was used as a post office from 1845 to 1848, then as a hotel wing, later as a Union hospital, and finally as an apartment house. Despite changes in function, the building has survived with a surprising amount of original fabric. The exterior is embellished with fine carved stone detailing including an arched entry, window lintels, and intricate cornice. The first floor retains Adam-style window casings, doors, and mantels. The building was restored in the late 1970s, returning it to use as a bank with apartments occupying the cashier’s quarters on the upper floors.