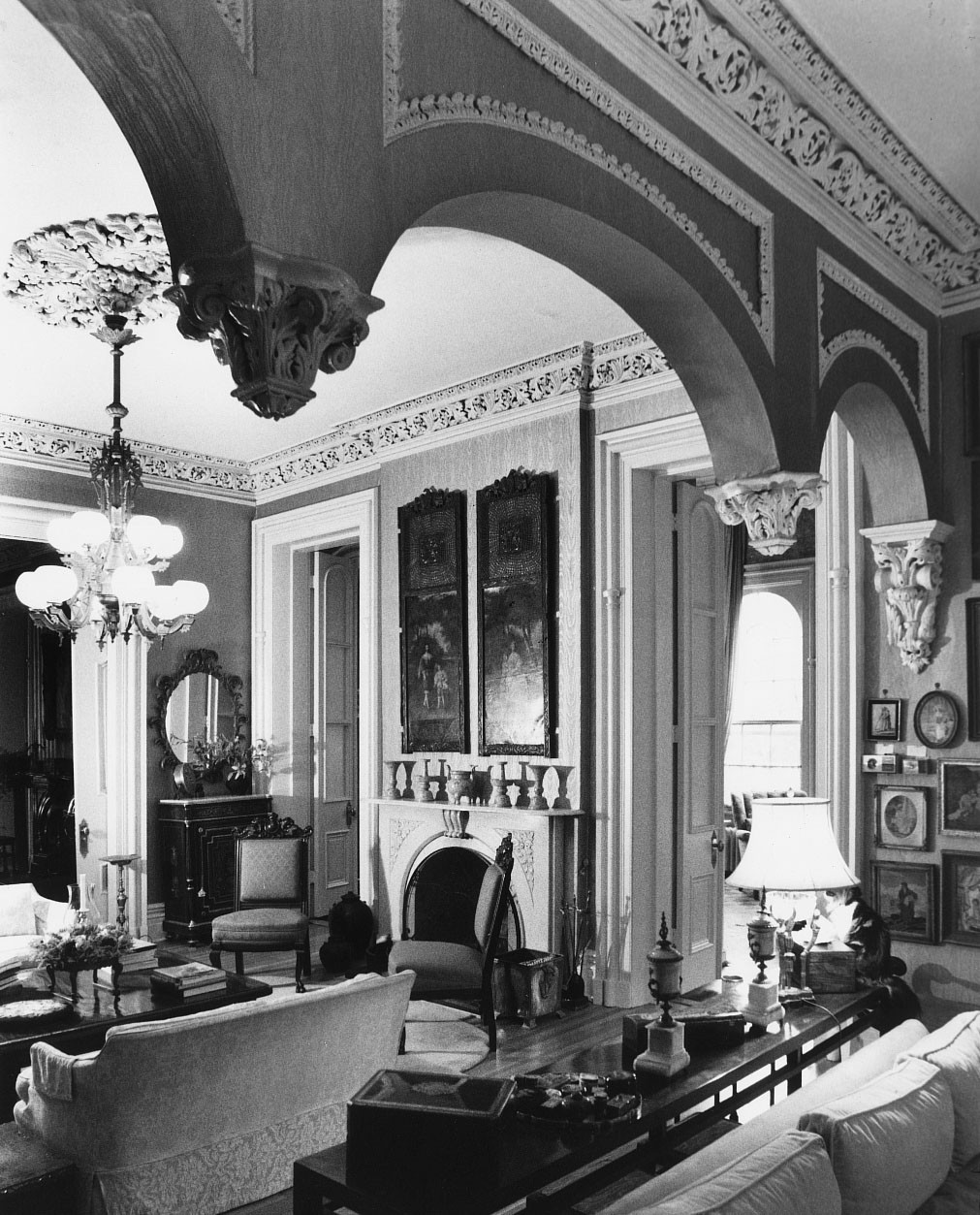 A sumptuous example of a wealthy merchant’s town house of the mid-19th century, the Bayne-Fowle house was built in 1854 for William Bayne, a commission merchant and grocer. It is one of the few buildings in Old Town Alexandria with a stone façade, although the brown sandstone has been painted for many years. Of particular interest is the richly appointed suite of reception rooms comprising one of the grandest mid-Victorian interiors in the state. The rooms retain their 1870s gasoliers, early pier mirrors, and window cornices. The parlors are separated by a pendant arcade, the only example of this architectural device in the state. The house was occupied by Union troops during the Civil War. In 1864 the Federal government confiscated the property for a hospital. Original graffiti from the occupation remains on the attic walls.