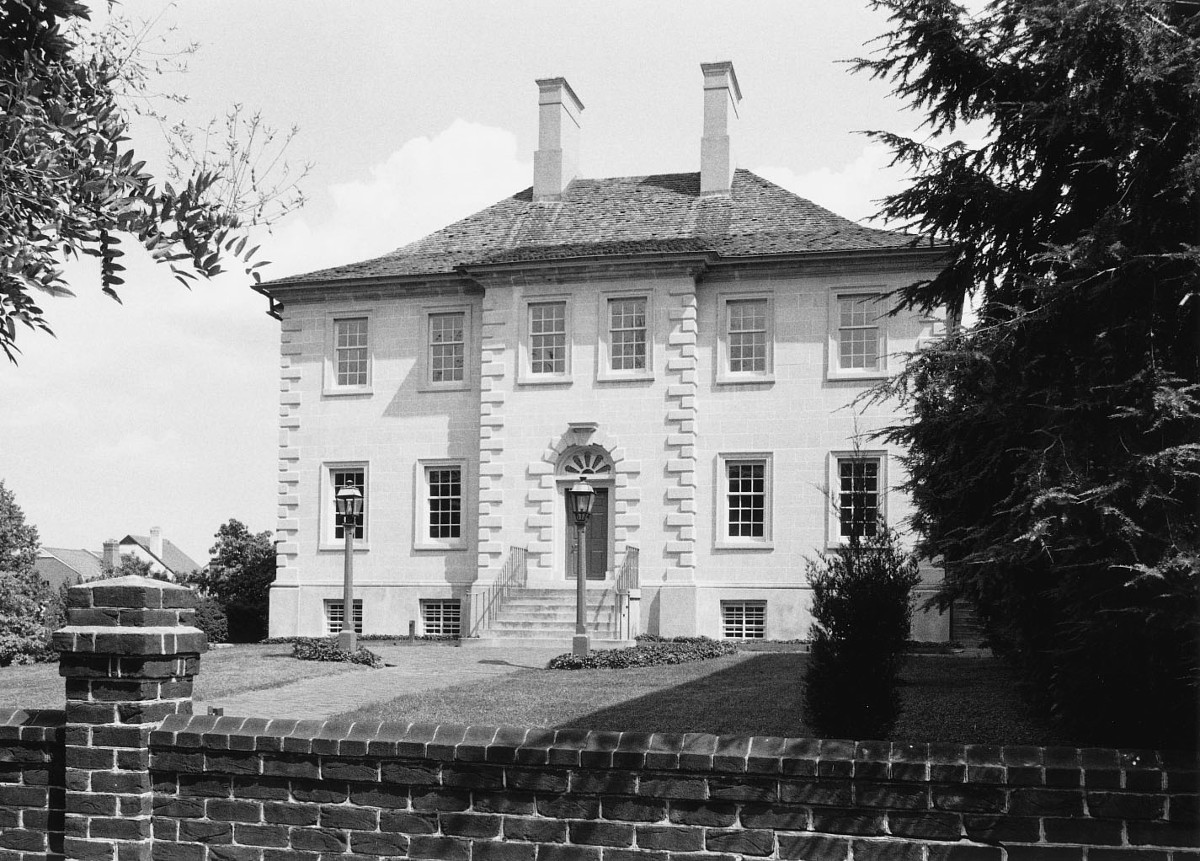 Alexandria’s celebrated colonial mansion was completed in 1753 as the home of John Carlyle, a Scottish merchant who was a founding trustee of the city. Influenced by the compact early Georgian manor houses of Scotland, the Carlyle house is built of stone and employs a somewhat austere classicism. In Carlyle’s handsome paneled parlor, Gen. Edward Braddock met with the governors of five colonies in April 1755, to plan the early campaigns against the French and the Indians. Though located in the heart of the city, the house was long hidden by a hotel built across its front. Demolition of the hotel and restoration of the house as a museum were undertaken as a Bicentennial project by the Northern Virginia Regional Park Authority.