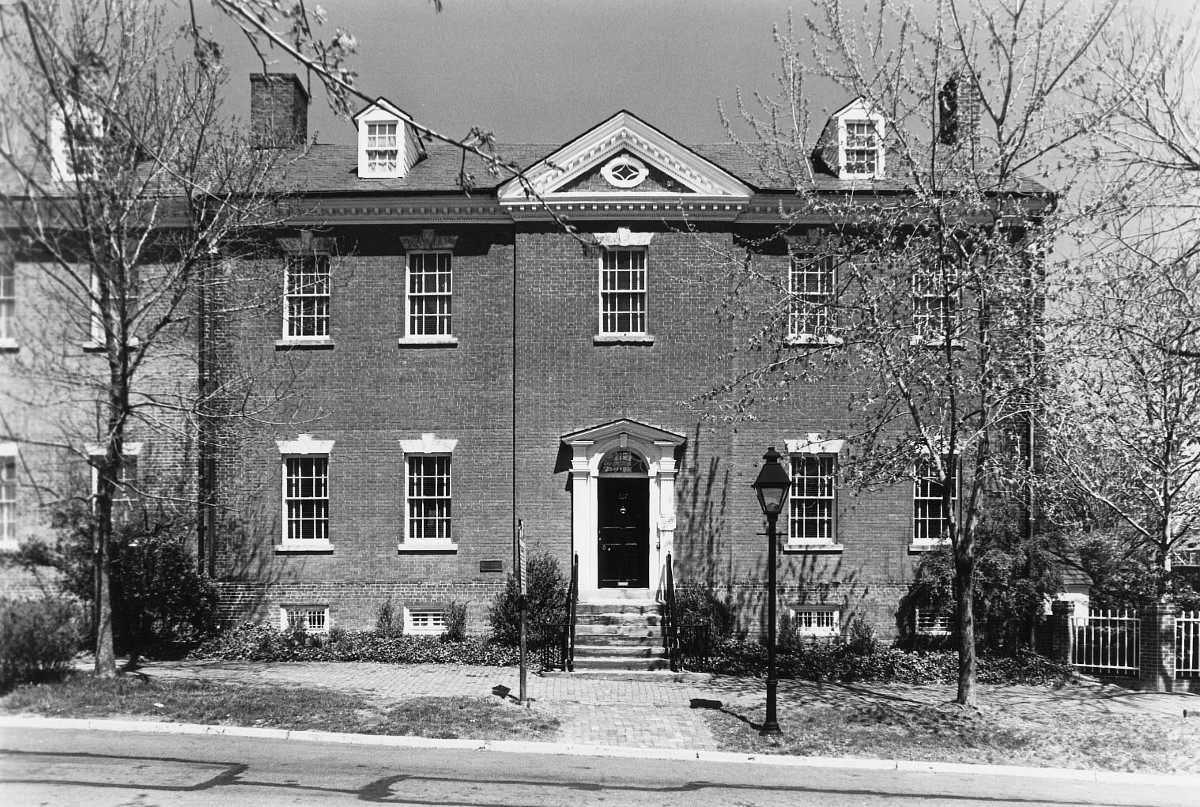 A handsomely articulated example of Federal architecture, the Lee Boyhood Home was built in 1795 for John Potts, Jr., the first secretary of the Potomac Company. Its early 19th-century owners include William Fitzhugh, who served in the first Continental Congress. Gen. “Light-Horse Harry” Lee, father of Robert E. Lee, moved his family here in 1811 where they resided until 1816. In 1820, “Light-Horse Harry’s” widow, Anne Hill Lee, and her family again occupied No. 607. It was here that Robert E. Lee prepared for his entrance to the United States Military Academy. After Appomattox Lee is said to have returned to Oronoco Street and climbed the wall to see “if the snowballs were in bloom.” The little-altered building is now a museum operated by the Lee-Jackson Foundation. It is distinguished by its fine brickwork and restrained Federal woodwork.