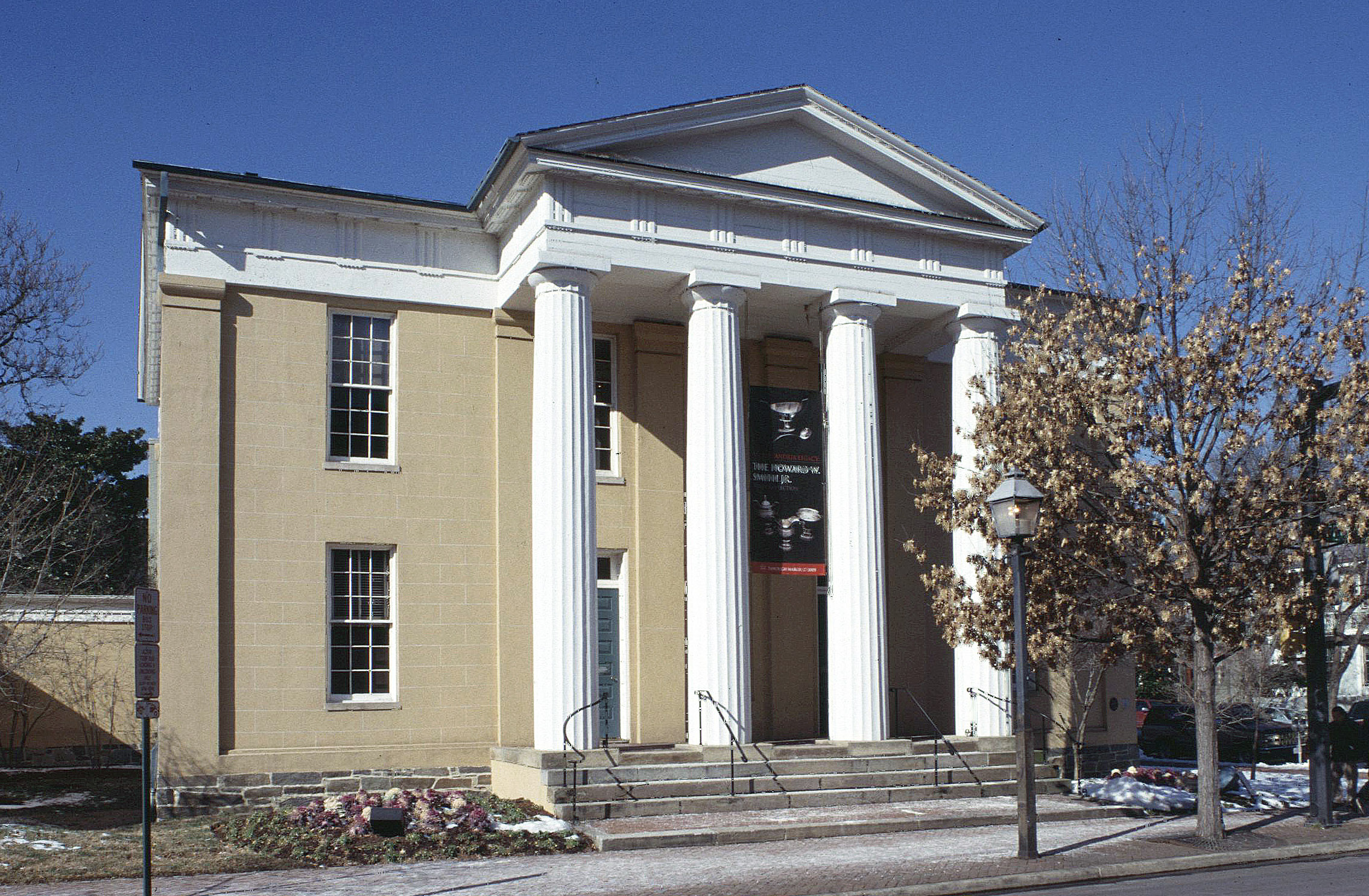 The Lyceum was organized by Benjamin Hallowell as a scholarly society for the citizens of Alexandria. This group joined with the Alexandria Library Company and erected their headquarters in 1839, at one of the city’s principal intersections. Alluding to the scholarship of the ancient Greeks, the building employs the Greek Revival style, its façade dominated by a Doric portico. Inside was a lecture hall, museum, and library. Attracting such speakers as John Quincy Adams and Caleb Cushing, the Lyceum was a flourishing institution until the Civil War. It was dissolved after the war and the building became a residence. Threatened with demolition in 1969, it was purchased by the city and restored in 1974 for a visitors’ center and museum. To echo the building’s former role, a large lecture hall was provided in the location of the original.