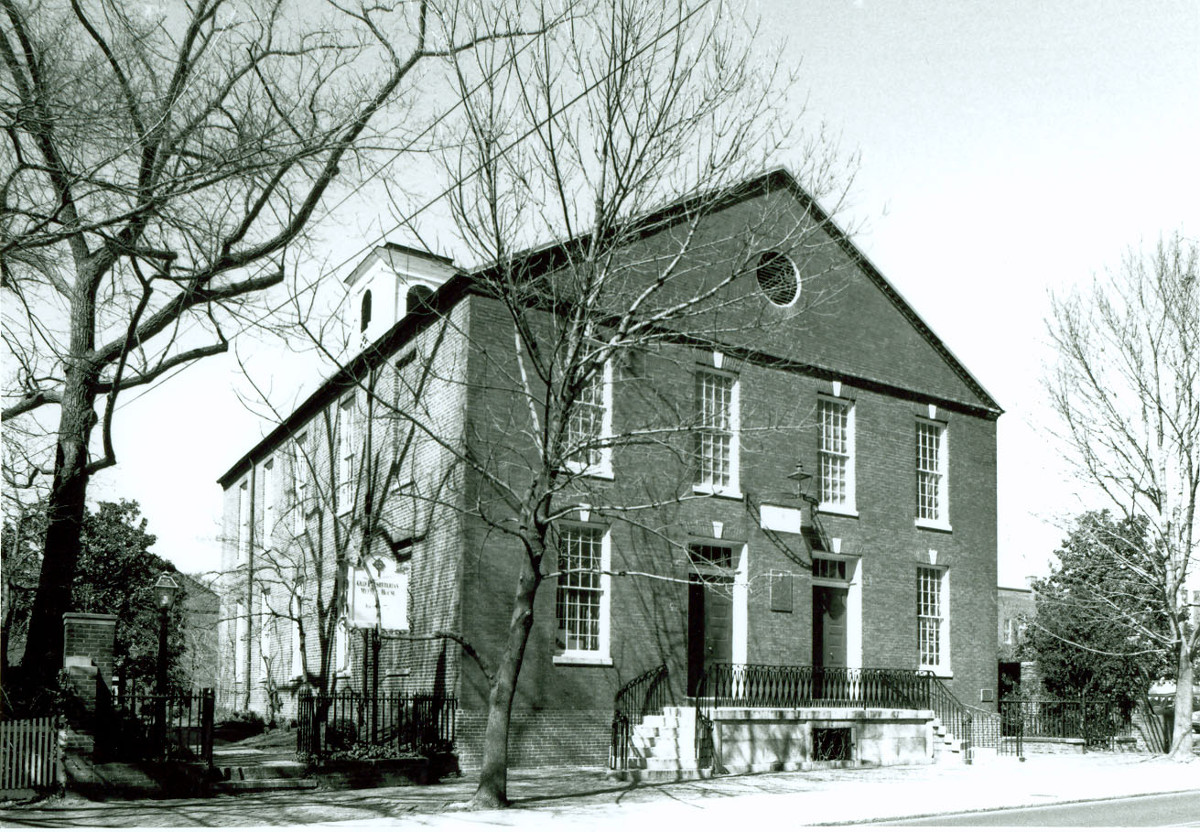 Constructed in 1836-37, the Old Presbyterian Meeting House at 321 South Fairfax Street is the home of Alexandria’s second-oldest, and first non-Anglican, religious congregation. The well-proportioned two-story brick building was built on the site of an earlier church that was erected in 1775 and burned after being struck by lightning in 1835. The handsome edifice is late Federal style in design with a front-facing pedimented gable, flared brick jack arches over openings with keystones, and a five-stage brick and wood bell tower attached to the rear. Despite remodelings in the Victorian period and during the early 20th century, the church retains much of its original character. In addition to the meetinghouse, the lot contains a half-gable-roofed brick manse, a form locally known as a “flounder,” built in 1787, and a cemetery with a number of original stone markers from 1772 to 1810. The tomb of the Unknown Soldier of the American Revolution, which was dedicated in 1929, is also there.