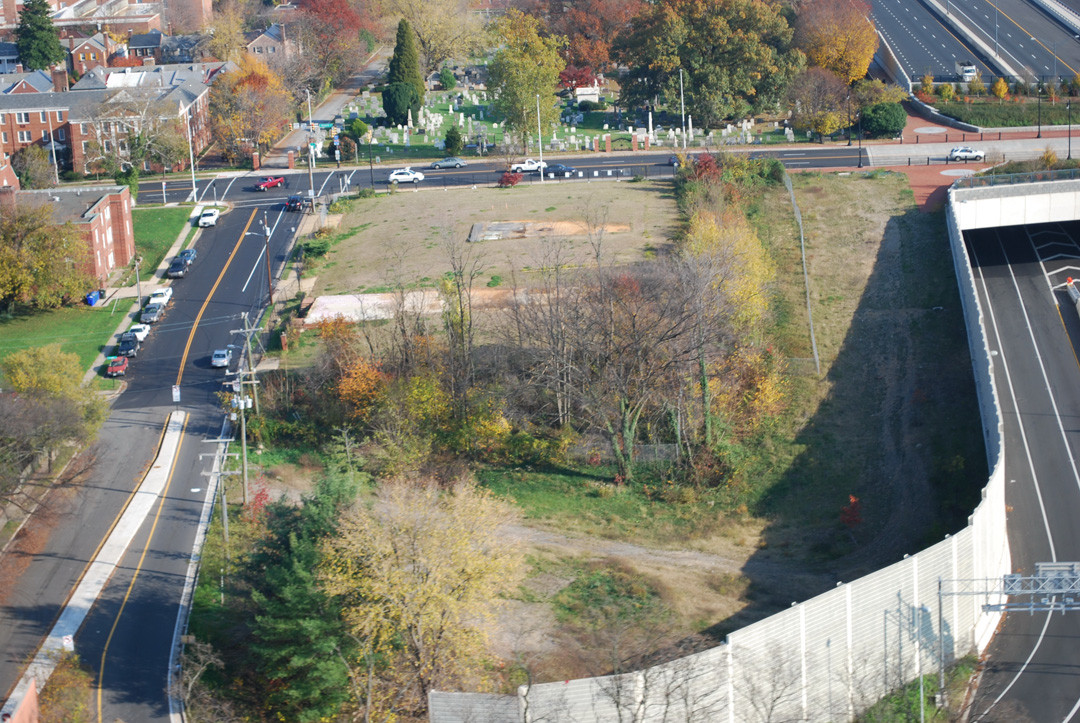 The Contrabands and Freedmen Cemetery is one of the only known burial grounds in the U.S. to be established and administered by the federal government for the interment of African American “contrabands and freedmen” during and immediately following the Civil War. The U.S. Army established the cemetery in March 1864 on property taken from a cousin of Confederate General Robert E. Lee. The cemetery, which today is an archaeological site, became the final resting place for 1,711 black migrants, refugees, and freedom seekers who died in Alexandria and its surrounds. The site gives little indication of the cemetery’s existence, and after a gas station and commercial building were constructed there in the mid-1950s, the burial ground was nearly forgotten until the latter 1980s when the Office of Historic Alexandria discovered newspaper articles recounting its establishment during the Civil War. The cemetery also once contained the graves of 118 United States Colored Troops (USCT) who died during the Civil War. However, an 1864 protest and petition by convalescing fellow soldiers of the USCT resulted in their reburial in what is now Alexandria National Cemetery.