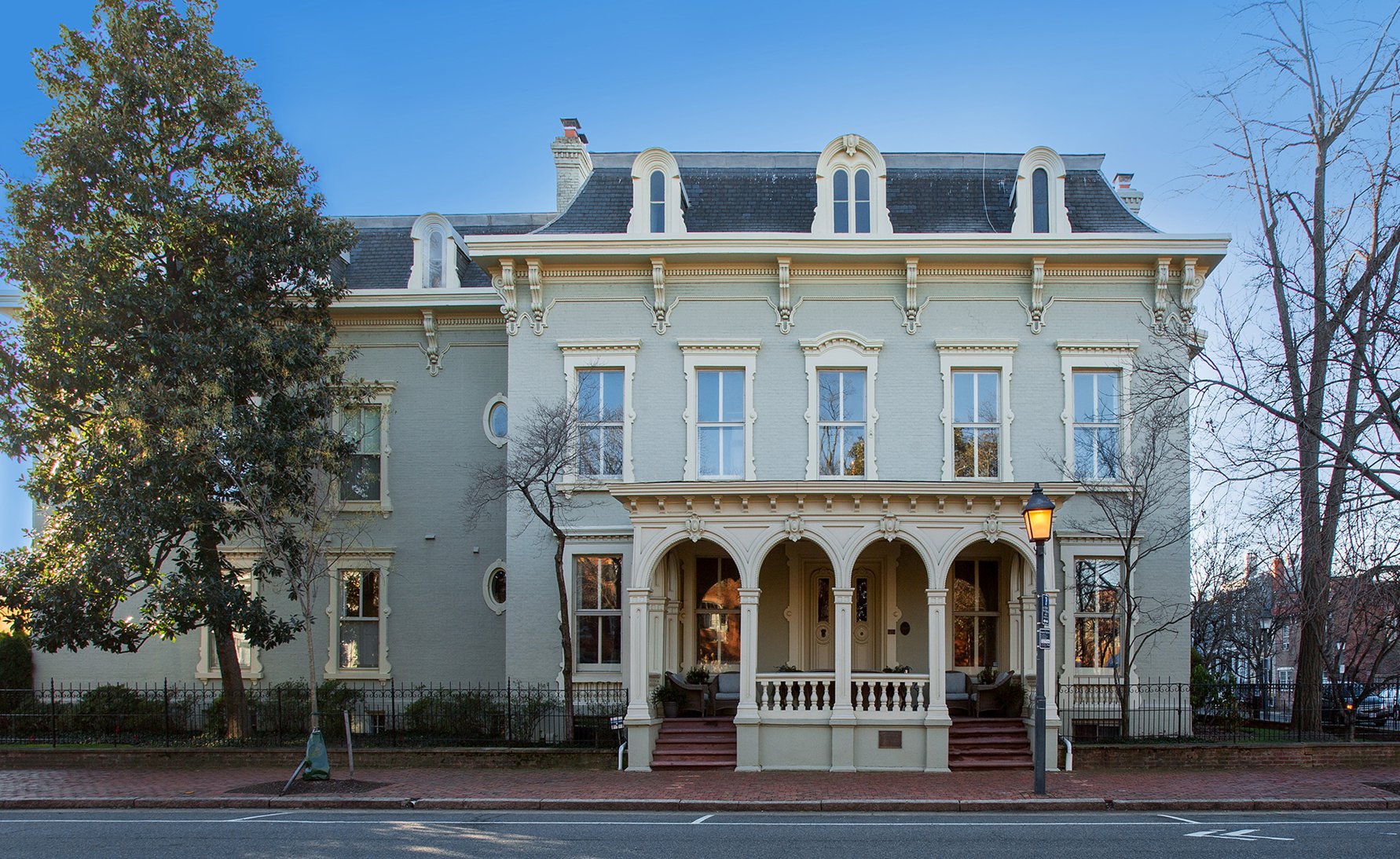 In the Alexandria Historic District, the Swann-Daingerfield House features high-style Second Empire architecture in a city known mostly for its Colonial, Georgian, and Federal residential styles. Originally built in the Federal style in 1800 for Thomas Swann, a U.S. Attorney for the District of Columbia, the Swann-Daingerfield House was the residence of three generations of the Daingerfield family, notable Alexandrians who remodeled it into its Second Empire form. From 1899 until 1941, the house served as the locus of St. Mary’s Academy, a private Catholic secondary school for girls founded by the Sisters of the Holy Cross, an order established in Alexandria in 1869. During their tenure, the Sisters expanded the house with two large Second Empire-style annexes. In 1943, the Alexandria Hospital School of Nursing purchased the building and converted it into a dormitory for nurses in training, a role it served until 1973. With its decades-long history and evolution in service of two prominent educational institutions, the Swann-Daingerfield House is locally important for its role in education in addition to its architectural significance.