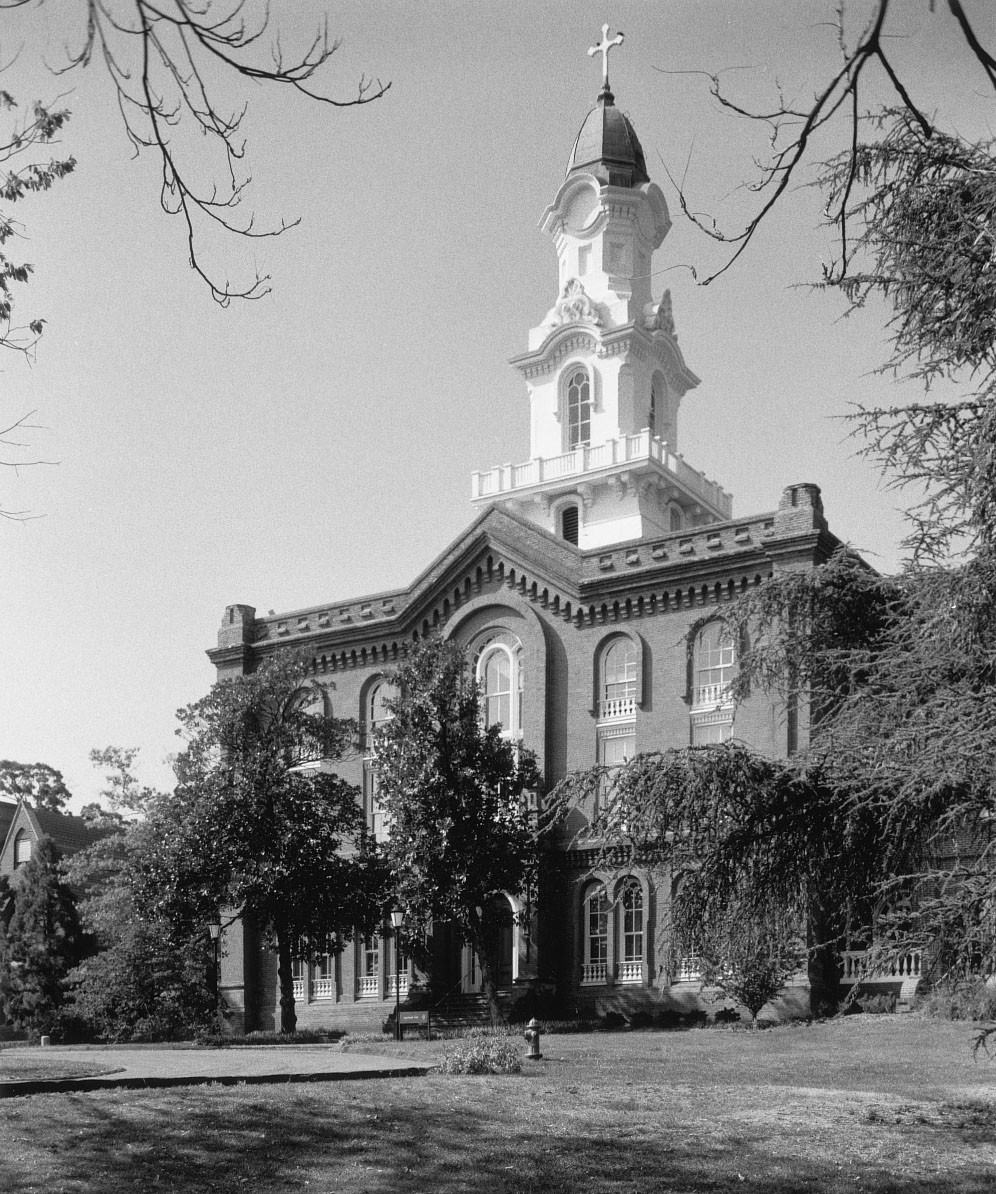 Virginia’s Protestant Episcopal Theological Seminary was established in 1823, and acquired its site overlooking downtown Alexandria in 1827. Its growth over subsequent decades is represented by several outstanding Victorian buildings; chief among them is Aspinwall Hall of 1859, a major example of American mid-19th-century institutional work, designed by Baltimore architect Norris G. Starkweather. For its exterior, Starkweather blended elements of the Italianate and Romanesque styles into a wholly original and imposing composition topped by a fanciful multi-tiered wooden cupola. Adjacent is Immanuel Chapel of 1881, an expression of the richly ornamented Ruskinian or High Victorian Gothic work by Charles E. Cassell of Baltimore. The seminary grounds retain elements of a romantically landscaped park designed by Andrew Jackson Downing, his only documented Virginia work. Since its founding the seminary has provided many prominent Episcopal clerics.