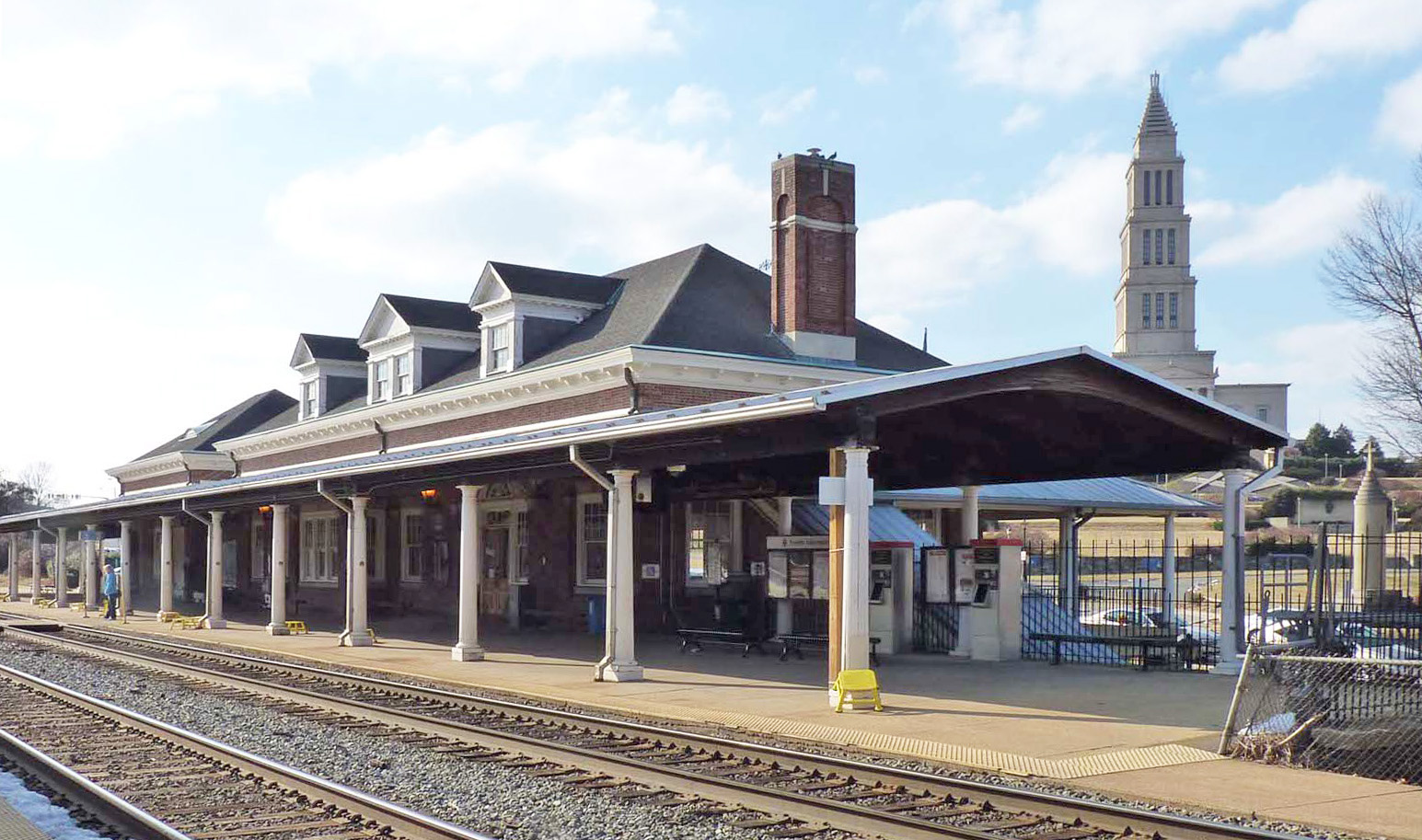 Alexandria Union Station, built in 1905, drew inspiration from the City Beautiful urban planning movement. Its design went beyond that of a merely serviceable train station and resulted in the creation of an architecturally appealing municipal gateway. The Colonial Revival-style station resulted from the consolidation—or “union”—of rail lines in Alexandria and the greater District of Columbia area. It is the only Colonial Revival-style public building of its era in Alexandria and the only remaining one that recalls the city’s long railroad history. The station’s passenger traffic began declining in 1932 when the George Washington Memorial Highway opened, luring commuters from trains to autos. The station remains in use.  It was extensively renovated in 1982, with further improvements in the mid-1990s.