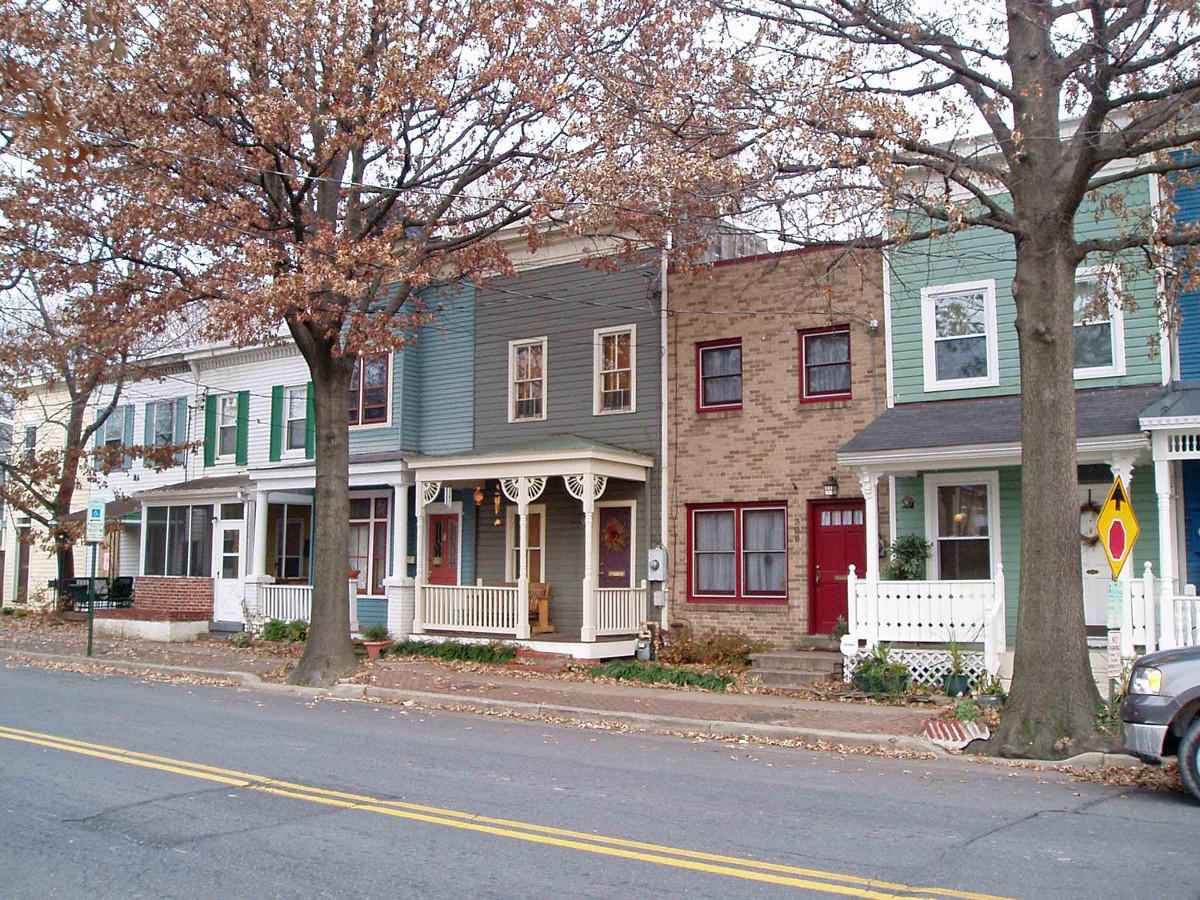 The Uptown/Parker-Gray Historic District in Alexandria covers a 45-block area northwest of the Alexandria Historic District. It covers two neighborhoods, of which Uptown is the largest of several others associated with Alexandria’s early 19th-century freedman community. The district contains a mixture of building types and architectural styles, including social centers such as neighborhood churches and lodges. It also clearly reveals the legacy of enforced racial segregation that prevailed until the mid-20th century. The obvious economic stratification between historically white and black areas in the district is visible through the differences in size, materials, details, and design of buildings of approximately the same age. In addition to single-family homes, the district also contains over 200 public housing units—initiated at the end of World War II for defense workers—that resulted in the displacement of several blocks of private African American residences. The district’s architectural character as a whole distinguishes it from the more elaborate homes in the adjacent Alexandria Historic District, reflecting the limited means of its residents.