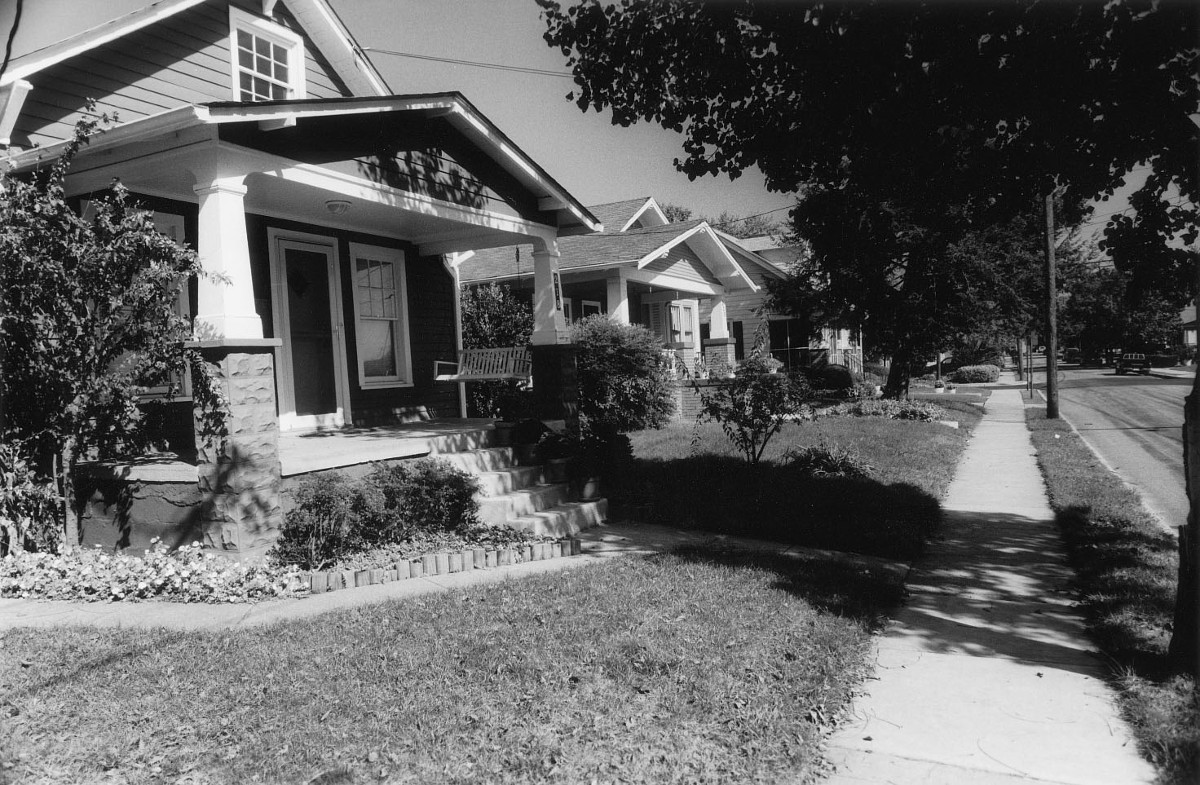 This section of modern-day western Alexandria includes most of the former town of Potomac, consisting of six subdivisions—Del Ray, Del Ray II, St. Elmo, Abingdon, Hume and parts of Mt. Vernon. St. Elmo and Del Ray, platted in 1894 by Ohio developers Wood and Harmon, were incorporated in 1908 to form the town. The district exemplifies an early planned suburban community intended to serve commuters along railroad and trolley lines. Most of the area’s ensuing growth was based on transportation expansion. Many of the residents were government employees who regularly commuted to Washington. Others worked at the nearby Potomac Yards, a primary railroad switching facility, and walked to work. The town flourished independently until it was annexed by Alexandria in 1930. A representation of generally modest residential architecture from the 1890s to 1941 survives. Several houses are mail-order structures.