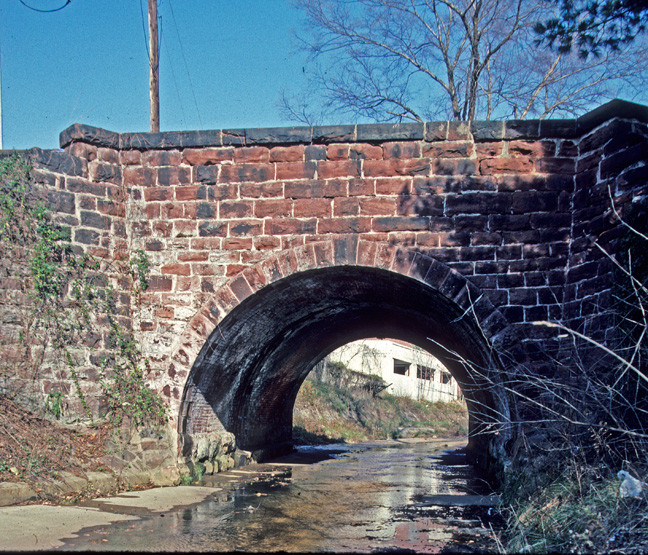 The Orange & Alexandria Railroad Hooff’s Run Bridge is a round-arch bridge constructed of gray sandstone spanning Hooff ’s Run. Built in 1856 for the Orange & Alexandria Railroad, the first railroad to serve Alexandria and northern Virginia, it is the oldest extant bridge in the city and the only surviving intact bridge associated with the railroad. The O&ARR played a significant role in the enhancement of Alexandria’s significance as a port city in the mid-19th century. The bridge carried a single track across Hooff ’s Run, the first of many waterways crossed by the railroad as it stretched from Alexandria’s waterfront, through Manassas Junction, on to Gordonsville, and eventually ending at Lynchburg. The bridge acquired a red sandstone addition to its south side sometime between 1885 and 1895. Only an abutment survives of a third stone arch bridge, which was constructed in 1872 about 42 feet to the north of the existing bridge. All the tracks were removed in 1990.