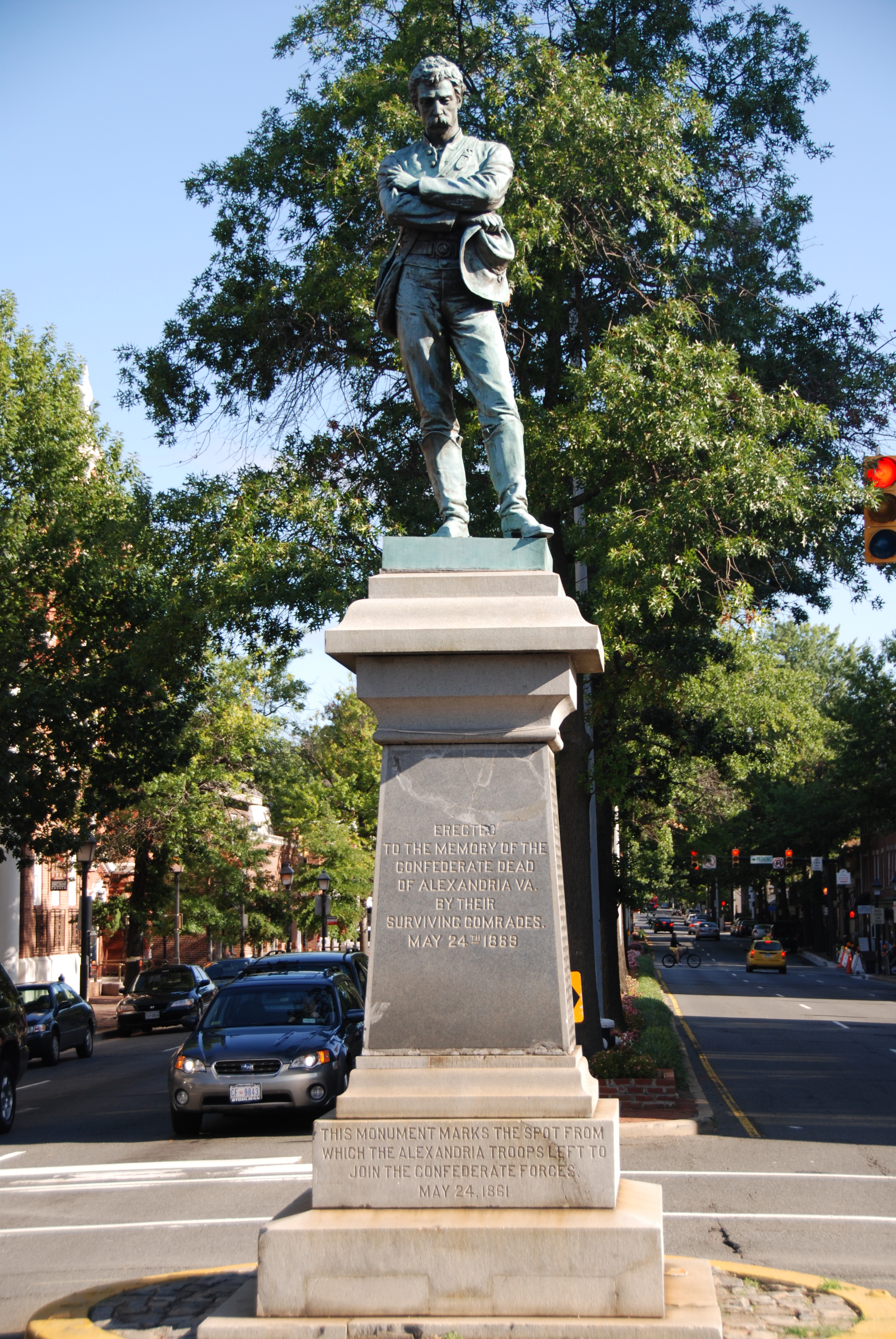 Unlike many mass-produced or stock statues that present soldiers armed or in the midst of battle, the Appomattox Statue in Alexandria, dedicated in 1889, depicts an unarmed private. His head is downcast, his uniform rumpled, and his expression is pensive as he faces south. The statue was sponsored by the men of the Virginia-based R. E. Lee Camp Confederate Veterans, who wished to erect a monument to their fallen comrades. The statue was not intended to glorify an ideology, but to remember those who sacrificed all. The work resulted from the collaboration of several masters in their fields. Fredericksburg-based painter John Adams Elder submitted a proposal to the R. E. Lee Camp based on the central figure in his painting “Appomattox.” Sculptor M. Casper Buberl translated Elder’s work into a three-dimensional figure, and the Henry Bonnard Bronze Company of New York cast Buberl’s statue. The granite base of the memorial contains the names of Alexandrians who never returned from the Civil War and a quotation of Robert E. Lee.  The statue was removed for relocation in 2020.